Despite the challenges during the global pandemic, it was the ECB that first got international cricket back on its feet after months of inactivity, by organizing the twin Test series against West Indies and Pakistan.

The England and Wales Cricket Board (ECB) is set to reduce its workforce by 20 per cent as it grapples with a whopping 100-million pound loss due to the COVID-19 pandemic. The amount could rise to 200 million pounds if the pandemic disrupts the 2021 summer as well, stated the ECB’s chief executive officer Tom Harrison after conducting an extensive review of its structures and budgets.

Harrison proposed a 20 per cent reduction in the board’s workforce budget, which will mean removing 62 roles from the ECB structure.

“These proposals include a 20 per cent reduction in our workforce budget, which will equate to the removal of 62 roles from our structure – a number which is largely made up of existing headcount and a small number of vacant positions,” Harrison said in a statement.

“Additionally, we are also proposing further cost savings by changing a number of current posts into flexible working roles.

“ECB staff have been informed and a collective consultation will begin imminently,” he added.

Despite the challenges posed by the unprecedented health crisis, it was the ECB that first got international cricket back on its feet after months of inactivity, by organizing the twin Test series against West Indies and Pakistan, as well as playing limited-overs matches against Ireland and Australia.

But the road ahead will continue to be fraught with obstacles, forcing the world to embrace the new normal.

Harrison added, “Given this new reality, if we are to safeguard cricket’s long-term future and still deliver on the growth ambitions of our Inspiring Generations strategy, it is clear the ECB will need to become a leaner and more agile organisation.

“Over recent weeks we have thoroughly reviewed the ECB’s structures and budgets in order to reduce central costs without compromising on our ambitions,” he said.

“We have now shared with colleagues our Board-approved proposals, which will generate significant savings. Every part of the ECB is affected by these changes, and these savings will only be possible by reducing our headcount.”

He said the health crisis was the sport’s “most significant challenge” of the modern era and lauded all the stakeholders for the resumption of the game during the summer.

“The COVID-19 pandemic has left cricket facing its most significant challenge of the modern era.

“The game has already lost more than GBP 100m, and the financial impact is likely to be GBP 200m if there is further disruption next year, which many are expecting.

“Getting cricket back on this summer – at a recreational, domestic and international level, for both men and women – has been a remarkable achievement by everyone across the game,” he said. 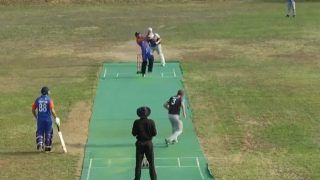 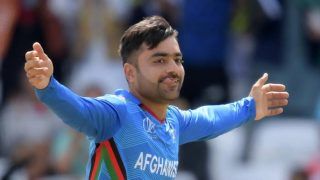