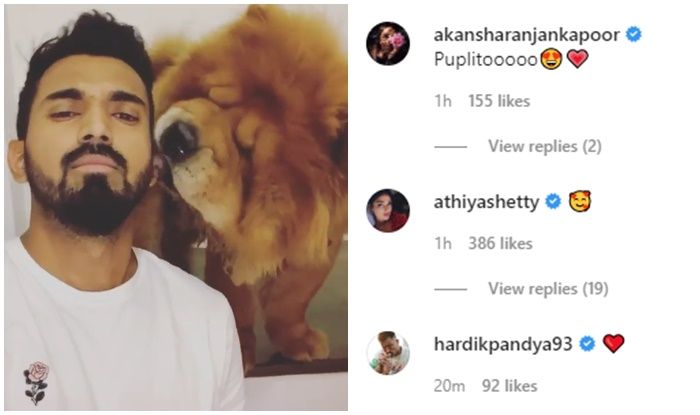 During the 21-day lockdown in India due to the coronavirus outbreak, cricketers are engaging in fun activities to keep themselves in a good space and high spirits.

India wicket-keeper KL Rahul took to Instagram on Monday and posted a video to give a glimpse to his fans on how he is spending his time staying indoors during these testing times.

He shared a video where he is playing with his friend – his pet, ‘Simba’, which is an adorable ‘Chow Chow’ dog.

Rahul’s friend was caressing against it, and it made for an extremely cute moment that was loved by his fans and friends.

India allrounder Hardik Pandya reacted with a heart sign on the post. Hardik and Rahul are close friends and found themselves in the middle of a controversy at the end of 2018, for their ‘misogynistic’ comments on a popular chat show.

Meanwhile, both cricketers are expected to play the cash-rich Indian Premier League in their respective sides, which may get called off this year due to the deadly virus that has brought the world to a halt and most sporting events are being cancelled or postponed.

IPL would have seen the return of the Baroda-born, who has not played cricket recently as he was recovering from an injury. Pandya plays for the Mumbai India, the franchise that lifted the crown in the last season with an emphatic win over MS Dhoni-led Chennai Super Kings.

Both the players would be in contention for the Indian side that will tour Australia for the T20 World Cup. 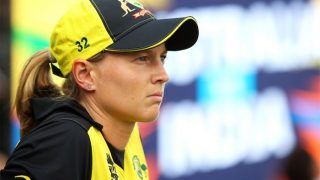 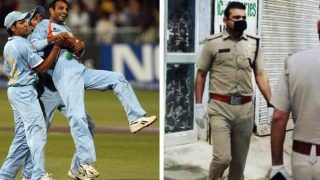