The fourth edition of Caribbean Premier League (CPL) will be set in motion from June 29 to August 7, 2016. Six teams will battle for the coveted trophy across six venues in the Caribbean as well the USA.

The fourth edition of Caribbean Premier League (CPL) will be set in motion from June 29 to August 7, 2016. Six teams will battle for the coveted trophy across six venues in the Caribbean as well the United States of America (USA). Like every season, teams such as Trinbago Knight Riders, St. Lucia Zouks, St. Kitts Nevis Patriots, Guyana Amazon Warriors, Barbados Tridents and Jamaica Tallawahs will feature in this T20 spectacle. Overall 34 matches will be contested, with final to be played on August 7. The first contest will be played between the defending champions Trinbago Knight Riders and St. Lucia Zouks at Port of Spain. Read: CPL 2016 would boost WI cricket, feels O’Donohoe

The champions of CPL 2015, Trinbago Knight Riders, will be itching be retain the crown under the leadership of Dwayne Bravo. Given the tracks will be on a slower side, the services of the mystery spinner Sunil Narine will be more than handy. Read – Shane Watson: CPL 2016 will popularise cricket in USA

It has been a successful year for the West Indies, as they emerged triumphant in ICC Women’s World T20 2016, U-19 World Cup 2016 and ICC World T20 2016. The West Indies, as a matter of fact, have mastered the art of playing the shortest and fastest format. Thus, CPL 2016 is sure to be a blockbuster. Let’s have a look at the exhilarating schedule:

Number of stars will be participating in this domestic extravaganza, be it Chris Gayle, Marlon Samuels, Darren Sammy, Jason Holder, Kieron Pollard to name a few. With wickets tumbling, the balls will be sent soaring over the boundary line, as the CPL 2016 will set the scoreboards on fire. 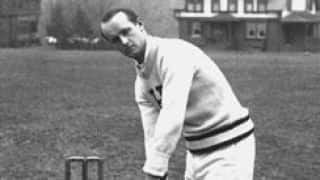