Lewis will be joining a star-studded squad which features Chris Gayle and Andre Russell.

Former West Indies batsman Xavier Marshall, who now plays for the USA, has been replaced by Jamaica’s Kennar Lewis in Jamaica Tallawahs’ squad for the 2019 Hero Caribbean Premier League (CPL).

Marshall is not available to play in the T20 tournament until September 14 due to his international commitments.

The 33-year-old was drafted as the Tallawahs’ ICC Americas player, but draft rules allow for him to be replaced by a Caribbean or overseas player. Lewis played nine matches for Tallawahs in the 2018 CPL, being named Man of the Match against St Kitts & Nevis Patriots after hitting 49 off 24 balls.

After that match-winning innings, Lewis’ CPL team-mate Andre Russell was moved to comment: “We know what he can do. I believe in him and the team believes in him. Happy for him that he got to show what he’s got in front of his home crowd.”

Lewis will join fellow Jamaicans Russell and Chris Gayle in the Tallawahs’ squad.

The franchise opens its CPL 2019 campaign on September 6 versus Trinbago Knight Riders at Queen’s Park Oval in Trinidad. 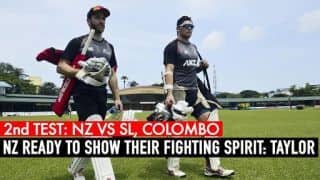 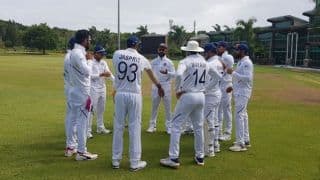