So far, there have been seven seasons of CPL with the eighth one scheduled to be held in September this year. However, the fate of the tournament hangs in balance due to the coronavirus pandemic.

“I think we are second to the IPL. I do not think we necessarily get the credit we deserve sometimes. Everyone goes back to the Big Bash, or the Blast — and the PSL is doing a great job. The tournament they ran there was first-class, but if you just look at the engagement levels we get, we are up there for sure,” ESPNCricinfo quoted Russell as saying.

“When people switch on a CPL game, they know where they are: sometimes with other leagues you switch on and go: where is this? Is this the Blast? Is it Big Bash? It’s not always the case, but they can sometimes be a bit same,” he said.

Last year, the number of overseas players per team in CPL was reduced from five to four.

“I always look at these leagues and think less is more. I am not one for playing 56 games, just because of the fatigue element. In my personal view, the Big Bash lost their momentum a little bit when they did that. The IPL is a different beast, but again — that’s a lot of games that they are playing,” Russell said.

Earlier, Russell had said that the organisers of CPL would not want their tournament to clash with IPL, which been suspended indefinitely as India’s Prime Minister extended the nationwide lockdown till May 3.

There have been speculations regarding the organising of IPL in September or October this year. 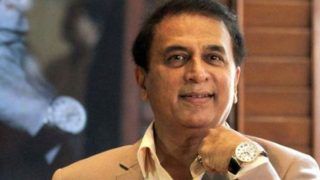