Former paceman Craig McDermott was Thursday appointed bowling coach for Australia's Test team ahead of the Ashes series against England, barely a year after quitting the role. 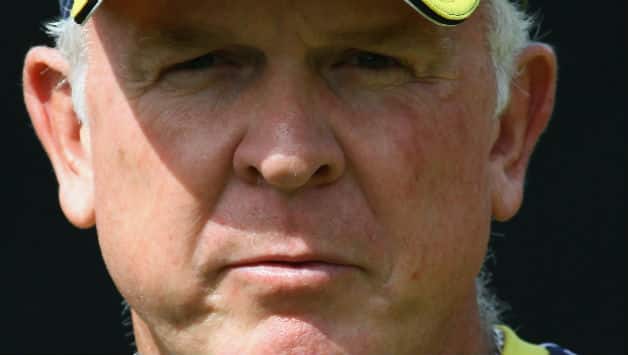 Former paceman Craig McDermott was Thursday appointed bowling coach for Australia‘s Test team ahead of the Ashes series against England, barely a year after quitting the role.

The 48-year-old shocked Cricket Australia (CA) when he resigned in May 2012 after a successful 12 months in the job, which then also included mentoring the one-day and Twenty20 bowlers, citing the conflicting demands of touring with family life.

But he has been enticed back in a revised role in which he will focus on the Test team, with the incumbent Ali de Winter moving into a new position overseeing the limited overs’ bowlers only.

McDermott, who has been prominent in the development of young fast bowlers James Pattinson, Pat Cummins and Mitchell Starc along with the renaissance of Peter Siddle, said he was looking forward to the challenge.

“There is obviously a huge focus on regaining the Ashes this summer and I’ll work as hard as possible to prepare our bowlers for the challenge ahead,” he said.

He has just over a month to work his magic before the first Test starts in Brisbane on November 21, with his goal being to have up to six quicks hitting their peak at the same time.

“We’ve got to have four to six guys bowling well from a fast bowling point of view to bowl in conjunction with our spinners… we’ve got to make sure they’re all firing,” he said.

“I’d just like to talk to [Siddle] about a few things I’ve noticed over the last couple of months, and the same with a number of the other bowlers I’ve been watching on TV around the place.”

Cricket Australia team performance manager Pat Howard said they had been considering splitting the bowling coach roles for some time, given the amount of cricket played.

“We feel that with the amount of touring now it is extremely difficult for every member of the support staff to be on every tour,” he said.

McDermott took 291 wickets at 28.63 in 71 Tests between 1984 and 1996 and with five Ashes Tests against arch-rivals England on the horizon, coach Darren Lehmann said it was good to have him back in the fold.

“Less time travelling for both Ali and Craig also means more time at home to plan, work with the states or Big Bash League teams and also directly with the bowlers on technical aspects or other areas for improvement,” he said.