England would hope for a turnaround in New Zealand ODIs after a disappointing Trans-Tasmanian T20Is.

England, after a disappointing Trans-Tasmanian T20I series, will commence the 5-match ODI series in New Zealand from Sunday 25. With Liam Plunkett ruled out due to injury, the team management has named Craig Overton as replacement. Overton played the first 2 Ashes Tests before a rib injury ruled him out of the rest of the series. He was a part of the T20I squad in the home series versus South Africa in mid-2017.

Given a chance, Overton will make his ODI debut. He can come in handy down the order much like Plunkett and ended with 16 scalps at 24 in the last Royal London ODI cup for Somerset. He will have big shoes to fill, with Plunkett being Eoin Morgan’s go-to bowler for some. Plunkett has been in phenomenal form in the past one year. He accounted for 40 wickets from 21 matches in ODIs.

Thrashing Australia 4-1 in January, England will start as favourites against New Zealand in their own den. With the return of Chris Woakes, Joe Root, Ben Stokes and Moeen Ali, England would look to trounce hosts in the upcoming ODIs. The series will be followed by 2 Tests. 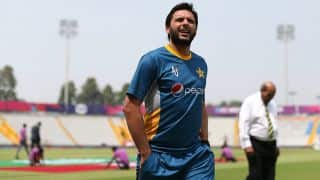 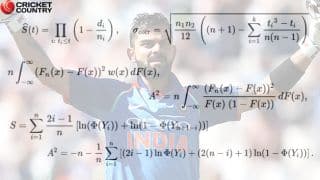 The problem is not with numbers but with understanding numbers