Anthony Everard had been heading BBL since its inception.

With upsurge in T20 cricket, Big Bash League (BBL) is set to attain new heights as they appointed Kim McConnie as the head of the league. Her appointment comes with a view to increase the standard of WBBL as well to bring new innovations in the shortest format. Kim has joined Cricket Australia (CA) from PepsiCo, where she was head of Sports Marketing at the company s global headquarters in New York.

Engaging the fans during Christmas with various innovations on social media will be high on the agenda. Discussing her plans for the upcoming tournament, McConnie told cricket.com.au, The BBL and WBBL are in an exciting growth period. I believe we have a huge opportunity to continue to attract new fans and participants to both leagues. I couldn’t be more excited to take on the role. Women’s sport is in such a great shape in Australia and the men’s league is the fifth biggest sporting league in the world. Growing the Big Bash, and making cricket the best sport for fans, is one of the game’s strategic priorities in addition to making cricket the leading sport for women and girls. We have the power to do all of this in the Big Bash, and to continue to innovate sport entertainment in Australia and be a market leader.

However, McConnie s major focus will be to turn WBBL into one of the biggest sporting event in the world, I think the WBBL over the next few years will continue to be the most exciting women’s sport. Not just within Australia but globally. Hand on heart, I can tell you it will get there.

Anthony Everard had been heading BBL since its inception. Everard was then promoted as CA s Executive General Manager, Leagues and Events.

Even CA s CEO James Sutherland expressed his excitement to have McConnie on board. 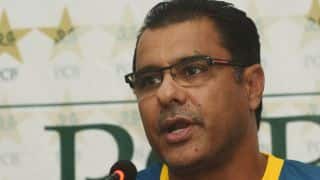