Australian Cricket on Thursday launched its next five-year strategy, which provides direction for the sport around the country.

Australian Cricket on Thursday launched its next five-year strategy, which provides direction for the sport around the country. Among the key themes are a focus on women and girls, grassroots and junior cricket, and growth in the Big Bash Leagues. The new strategy has been devised after more than 12 months consultation with all parts of cricket, from volunteers and club members through to players and administrators. The strategy applies to Cricket Australia and all eight State and Territory cricket associations. The chief executive officer of Cricket Australia, James Sutherland, said the combined organisations had set out to make the strategy the most inclusive ever in Australian sport. CA-ACA dispute: David Warner feels his views won t be held against him

More than 8000 people across cricket have been involved in the preparation of this strategy, and they in turn have represented the millions of Australians who watch and play the game. In planning our next five years, we have been very conscious of the proud history of the game in this country. The first recorded cricket match in Australia took place in Sydney in 1803, and a landmark match, between an indigenous XI and the Melbourne Cricket Club, was held on Boxing Day in 1866, which in turn led to the first overseas tour by an indigenous Australian team, in 1868.”

The first Test match, between Australia and England, was held in 1877, leading to the creation of The Ashes five years later, the Sheffield Shield began in 1892, and we have had a national women s league since 1930. History, though, does not guarantee continued success, and cricket has effectively used five-year strategies to ensure that we have a clear understanding of the challenges, and our ongoing responsibility to the future of the game.” Players resolve dispute with CA; IND, BAN tour & Ashes 2017 to proceed as planned

Over the past five years, for example, we have seen the explosive growth of the Big Bash League, the creation of the Women s Big Bash League, successful innovations like day-night Test matches, and a focus on women s pay that now gives every woman the chance to enjoy a fully professional sporting career in cricket and with Australian sports first ever gender-neutral pay structure for both women and men.”

Last year, we recorded our highest-ever aggregate attendance for a single summer [a record 2.02 million Australians attended elite international and domestic cricket matches during the 2016-17 summer] and we recently announced that participation in cricket has also topped 1.4 million people. The challenge now is to keep pushing ourselves to even greater heights, to ensure that we meet our vision of being Australia s favourite sport, and a sport for all Australians. In particular, we will be placing the emphasis on making cricket the leading sport for women and girls, and delivering the best participation experiences to grow junior cricket. Michael Clarke says ‘would be silly’ to say no to arbitration

Mr Sutherland said the other key strategic themes were to give fans what they want and grow the Big Bash; deliver the best High Performance system for players; promote cricket to inspire everyone s love for the game; use technology to deliver great experiences for fans, participants and volunteers; and maximise long-term sustainable revenue to drive investment in the game.

We do not underestimate the challenges that are inherent in those strategic themes. Our recent facilities audit the first complete survey by any sport of all its facilities around the country found that just 20 per cent have changing rooms that are suitable for women and girls. It also told us that too many cricket clubs do not have enough practice facilities, and that many new communities in our major cities have no sporting facilities at all. It is hard for any sport to look for growth if the basics aren t right, and this strategy shows that cricket is determined to act as one in meeting that challenge. We don t do this for our own sake all of us believe that Australia will be healthier and stronger if sport, and particularly a wonderful team game like cricket, is at the heart of its communities.

Our Vision: Australia s favourite sport, a sport for all Australians

Our Purpose: To inspire everyone to love cricket

Over the next five years, we will achieve this with the following strategic themes:

Give fans what they want and grow the Big Bash

Be the leading sport for women and girls

Promote cricket to inspire love for the game

Use technology to deliver great experiences for fans, participants and volunteers

Maximise long-term sustainable revenue to drive investment in the game

We will support the strategy by:

Transforming how we lead, serve and unite the cricket community

Attracting and developing great people, and

Using the World T20 in 2020 as a springboard for cricket before, during and after the event. 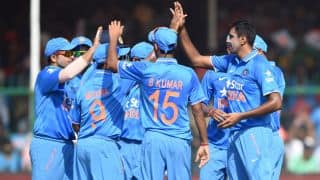 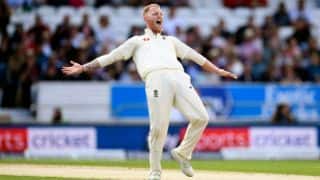