While thankful for the support offered by CA, the former Australia coach said "but you could always have more, can't you?"

Darren Lehmann, the former Australia coach, has stated that the turmoil suffered after the ball-tampering scandal that erupted during the Cape Town against South Africa in March could have been somewhat alleviated with more help from Cricket Australia (CA).

On March 29, after the ball-tampering controversy, Lehmann tearfully announced that he would stand down as Australia s coach after the final Test against South Africa. He has since received counselling, and while thankful for the support offered by CA, said “but you could always have more, can’t you?”

“I saw people, and am still seeing people about it. That’s a work in progress,” Lehmann told the Sydney Daily Telegraph. “I don’t think people know how much it affects people behind the scenes, but that’s one of those things that you go through. The help of family and close friends got me through. For me, it was okay. It was a tough time and you had bad days and good days and I’m sure all those other three blokes (players) had worse days. You just hope they get the right help, everyone gets the right help when they need it. There could have been more help but they certainly didn’t just leave us hanging either.”

On Monday, an independent review commissioned by CA found the governing body to be “arrogant” and “controlling” and stated that CA could have prevented the ball-tampering scandal. As he heads into a new role as commentator for the first ODI between Australia and South Africa on Sunday, Lehmann refuted one part of the review that claimed some Australian cricketers had “abused” members of the team staff on match days.

“No, I didn’t personally (see players abuse staff). That might have been before my time. I didn’t see that in my time. They were always respectful and I didn’t have a problem with that,” he said. “You’re a family travelling around. Some of that has been hurtful saying the culture is not great, because it’s not too bad.” 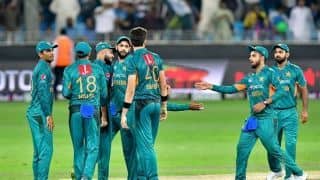 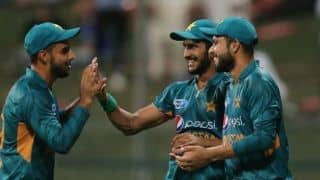