After the ICC Cricket World Cup 2019, Cricket Australia may consider starting a number of new tournaments. The plans include a Test Championship besides the Twenty20 International (T20I) and One-Day International (ODI) tournaments. The idea was first disclosed during Cricket Australia’s annual general meeting by board CEO James Sutherland and will be presented to the International Cricket Council (ICC) for approval in coming February. Reports suggest, there will be a total of twelve matches for each of the teams to play, home and away, in the ODI and T20I format while the structure of the Test Championship has yet not been disclosed. READ: Australia vs Pakistan: Gabba stadium to get a pool

Reported cricket.com.au, Sutherland said, “We certainly believe additional structure, moving towards a Test championship of one form or another, probably on a two-year cycle would be a real positive. The (proposal) that is floating about at moment is two conferences and perhaps matches being played inside conferences, with a little bit of cross-conference activity as well, inside of that two-year period, then having a champion team in each conference play off in a two-year cycle.

“I think there’s some real merit in that. I don’t think it significantly undermines some of the traditional series that are played, and I think all in all its very positive where every match, and every series would count.”

He spoke about the format of the series. “With one-day and T20 cricket we are contemplating a 13-team league where everyone plays each other, home or away, in a three-match series over the course of a three-year period. That means you play six one-day matches away and six at home every year with a similar structure for T20.

“That’s something that would be really beneficial for world cricket, not just for putting those limits in place but making sure there’s real context and relevance to every match. Under this structure, the Australian cricket team would play less cricket, while others would play more and that’s a positive as well.”

Sutherland also said the tournaments will not affect Indian Premier League (IPL) in any way. “We see the IPL as something we don’t want to stand in way of, and it’s a great opportunity for players. Our perspective is the IPL is unique, then there’s all other domestic T20 competitions around world. International cricket comes first and is the absolute priority. We’ve been true to that in terms of the way we schedule the BBL,” he said.

“We certainly believe additional structure, moving towards a Test championship of one form or another, probably on a two-year cycle would be a real positive,” 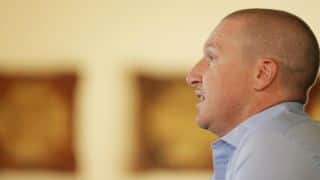 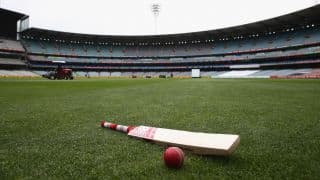