In what seems to be a mega breakthrough for Cricket Australia (CA) among television deals, they have sealed a one-year deal with American broadcaster NBC Sports Network, to broadcast 10 Big Bash League (BBL) matches to 85 million USA viewers. CA has also renewed its rights with American cricket channel Willow TV, to broadcast men’s and women’s international Tests, One-Day Internationals (ODIs), Twenty20s (T20s) along with Women’s BBL. The NBC Sports Network will also broadcast seven BBL matches live, along with replays. The semi-final and final of the tournament would be broadcasted as well, however with a mild delay. Cricket Australia suspends 3 over betting charges

Cricket Australia’s general manager of media and communications, Ben Amarfio, said it was “critically important”. “While the NBC deal is a relatively small deal, for us it is one of the most important deals we’ve done,” Amarfio quoted to The Australian Financial Review on Sunday, reports cricbuzz.com. “While the deal with NBC is only one year, the broadcaster has an option to pick up the rights for a longer term agreement. The deal also includes some contra advertising. Now that we’ve completed those deals our focus will turn next to New Zealand. Then once we get through NZ then our focus will turn to our Asian and our Australian deals.” CA willing to share revenues from India tours

The Asia deal is in contract until March 2017, which includes broadcast in south-east Asia, the subcontinent, the Middle East and north Africa, as the rights are currently in stake by Star Sports, the Rupert Murdoch’s 21st Century Fox company. While in Australia, the rights to the Test matches, ODI matches and the T20 games are held by Nine Entertainment, while the domestic Big Bash competition right is held by Network Ten. CA endorses ICC on bilateral competitions

Cricket Australia is currently in talks with various broadcasters about the upcoming Australian rights deal. “There wouldn’t be a TV network on the planet going forward that wouldn’t want to have their rights across all digital platforms. That’s something that the sport bodies are going to have to get our heads around,” Amarfio said. 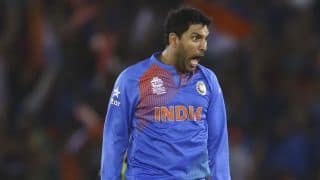 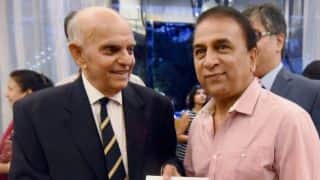