The ICC is said to be planning on creating a new One-Day International (ODI) league of the world’s top-13 cricket playing nations, starting 2019.

Cricket Australia (CA) chief executive James Sutherland has shown his support for revamp of ODI cricket saying it will bring more relevance to the fading format. ICC recently mentioned on one of their report of introducing a new league of 13 teams that would see every country playing a three-match series against every other country over a span of three years either away or home. At the end of the championship, the top two teams could face off in a final. To add more spice to this league, the team that finishes at the end of the league will be falling for scrutiny to understand if they can qualify for World Cup as well.  ALSO READ: ICC considering to bring ODI league

The ICC will be discussing further on this proposal when they meet at the end of the month and CA are fully supportive of the idea. Sutherland spoke to cricket.com.au and said, “My feeling is that in between World Cups, it would be beneficial to add some structure and additional context to the one-day games that are played on a bilateral basis.” The proposed format will add more excitement. This will provide chance to Ireland and Afghanistan to come up higher amongst world’s best teams also speeding up their development. The concept is likely to begin from 2019. ALSO READ: Shahryar: PCB to request ICC to set up special fund

Sutherland is hoping the Ashes at Perth to be successful this time. The $1.2 billion venue was initially set to open in time for the 2018 AFL season. Since the construction of the stadium is in process, the schedule could delay later stage of 2017. Sutherland toured the Perth Stadium on Monday, and he was due to meet with Western Australia Premier Colin Barnett to discuss the prospect of holding an Ashes Test there next year. Since Football leagues are also interested to play in the stadium, Sutherland feels cricket deserves the right to inaugurate the rights on the stadium.

Sutherland further added, “Given that for nearly 50 years cricket has been scheduling international sport here in Perth before any other sport, it would be entirely appropriate for the first ever major event to be at the Perth Stadium. I don’t see any reason why the first three or four days wouldn’t be a sellout. WACA chief executive Christina Matthews says the new drop-in pitch being developed for the Perth Stadium is also ahead of schedule. 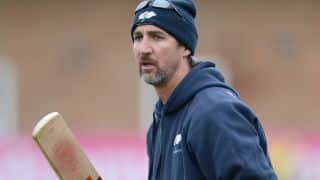 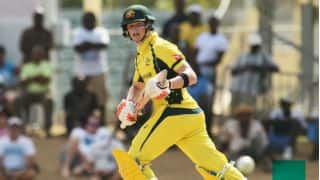