The CA Board met and discussed the process through which a new coach, as well as the captain and vice captain of ODI team will be named prior to the team's tour to England in early June.

Cricket Australia said Friday a decision on who will replace national coach Darren Lehmann will be made “in coming weeks”. The CA Board met and discussed the process through which a new coach, as well as the captain and deputy of the men’s one-day team will be named prior to the team’s tour to England in early June.

Board chairman David Peever said recommendations for preferred candidates for the leadership positions will be ratified before being publicly announced.

“The Board has asked management to provide recommendations regarding candidates for the men’s head coach, ODI captain and ODI vice-captain,” Peever said in a statement.

“The Board is anticipating receiving these recommendations in the coming weeks, with a view to making appointments ahead of the ODI tour to the UK. “Once these appointments have been endorsed and finalised, announcements can then be made.”

Wicketkeeper Tim Paine has been confirmed as Test captain for the immediate future, however his involvement in the five ODI and one T20I England campaign remains unclear. Former Test players Justin Langer, Jason Gillespie and Ricky Ponting have all been linked as potential candidates to replace Lehmann.

The 12-month suspensions of former captain Steven Smithh, and his deputy David Warner in the wake of the ball-tampering scandal in Cape Town last mont coupled with the resignation of Lehmann as coach, has prompted the need for the radical leadership revamp in Australian cricket. It also led CA to commission an independent review into cultural, organisational and governance issues in cricket following the Cape Town incident. 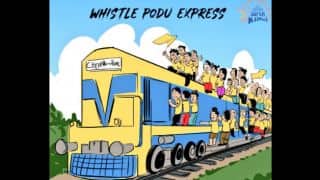