Cricket Australia will negotiate with BCCI and ECB to have exemption from ICC's controversial reforms.

Cricket Australia (CA) will reportedly try to negotiate with India and England to have a key exemption, which protects the big three cricket nations from Test relegation, removed from the controversial reforms, which would be discussed at International Cricket Council (ICC) meetings next week.

A promotion and relegation system is one of the key planks of a draft that recommends a radical overhaul of the way cricket is run and would give greater clout to the Board of Control for Cricket in India (BCCI), CA, and the England and Wales Cricket Board (ECB).

Although the draft states that India, Australia and England would never drop into the ”bottom tier” in order to ”protect ICC income due to the importance of those markets and teams”, however, the Sydney Morning Herald reports that CA will try to negotiate with India and England to have the exemption removed from the final document.

The exemptions, tied to a country’s financial strength, are not set in stone and CA otherwise strongly supports having a top tier of eight Test nations, with the next eight playing in an Intercontinental Cup and the winner of that tournament playing off every four years against the No 8 team for the right to climb into the Test ranks.

The proposal includes financial incentives for countries to play in ICC events, such as the World Cup and the Champion’s Trophy, with BCCI issuing a veiled threat to any member opposed to an overhaul of the ruling body, saying India could pull out of ICC events if the changes are not approved by the executive board, the report added. 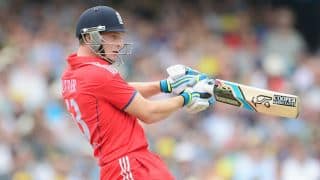