The Indian cricket team apparently had a turbulent flight as they left for Sydney from Melbourne for the third Test against Australia on Monday. The two teams departed after testing negative for the coronavirus amid an eventful build up to the contest.

The ongoing four-match Test series is currently locked at one-all after India bounced back in Melbourne to secure an eight-wicket win. The third Test starts from January 7 at the Sydney Cricket Ground.

While the first two contests went without much drama, there’s considerable buzz ahead of the third fixture with five Indian players currently subject to coronavirus protocol breach enquiry. India vice-captain Rohit Sharma along with Navdeep Saini, Rishabh Pant, Shubman Gill and Prithvi Shaw went to a restaurant, a video of which was posted on Twitter by an eager fan who claimed to have paid their bill and hugged a member as well.

Following those claims, Cricket Australia and BCCI released a joint statement saying they are currently investigating the alleged breach. However, the fan later retracted his claim to have hugged Pant.

Meanwhile, Indian cricket team has reportedly demanded less restrictions for the third and fourth Tests saying they want to be treated similarly to an ordinary Australian citizen and are against undergoing hotel quarantine in Sydney.

They argue that since fans are being given the freedom to attend the matches, why can’t it be extended to the players who have tested negative for the coronavirus as well.

CA is leaving no stones unturned to ensure the safety of the third Test in light of the rising coronavirus cases in the country. It was also put a restriction on the number of fans to be allowed to attend the contest to 9,500 now. 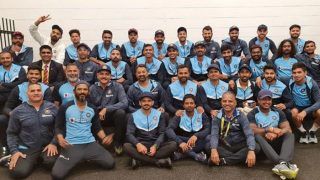 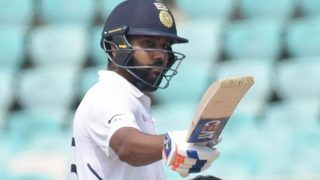 Australia vs India 2021: Nathan Lyon Ponders Who Will be Dropped to Accommodate Rohit Sharma