The heads continue to roll at Cricket Australia with high performance chief Pat Howard stepping down from his role. Howard had earlier stated that he won’t be renewing his contract after the Ashes series in England next year.

However, after a damning culture review that put CA under the microscope for fostering a win at all costs culture leading to a ball-tampering scandal earlier this year, Howard’s exit was hastened as he became the latest high-profile official to quit. His departure comes after CEO James Sutherland, chairman David Peever and longest serving board member Mark Taylor quit withing the space of two weeks.

Former Australia women captain Belinda Clarke has been named as the interim high-performance chief. However, a permanent replacement will only be named next year.

It is clear that we need to deepen our relationships with fans, players and the broader cricket community, CA interim CEO Kevin Roberts said in a statement. We are committed to making cricket stronger and developing closer connections with the community and greater alignment across the organisation. Everyone at CA is focused on rebuilding and moving forward after what has been a turbulent year in Australian cricket. 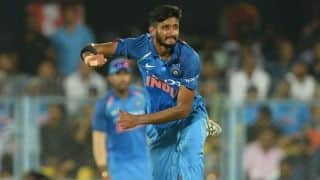