Australian media has raised the issue that T20 cricket is not leaving any room for variety.

The Australian media has said that the rise of Twenty20 is a sporting reminder that everything ”quaint” in the game faces a future inundated by short form, and the need for variety.

Although most of the players still consider Test cricket to be the honest measure of ability, T20 has broken through a succession of conservative waves and, on the back of the Indian Premier League (IPL) bullion, is now in open water.

According to the Sydney Morning Herald, in any debate about the state of cricket, scepticism about T20 is the easiest position to occupy as the game in this form is so patently modern and full of ”cerebral decay” and ”sales pitches” that no one can argue successfully in its favour. However, the report mentioned that Australian player George Bailey, who exemplifies the new splitting of styles and selves with T20, is one of the supporters of the format being the captain of Australia’s T20 squad and he said that T20 can improve batting at the highest level.

Bailey maintains no one really understands the effect that shifting formats has on performance, adding that a batsman adjusts to each scenario, regardless of the length of a match, and that a general perception of T20-style ruining Test play is not a fully formed idea.

Bailey disagrees with those who dismiss the short game and thinks the next group of cricketers will play with their gut more than ever, something he attributes to T20 which may actually help a player in Test matches. 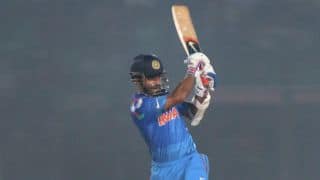