Many former and present cricketers around the world came together to wish the veteran Australian cricketer Ricky Ponting, who announced on Thursday that the third and final Test against South Africa will be his last. 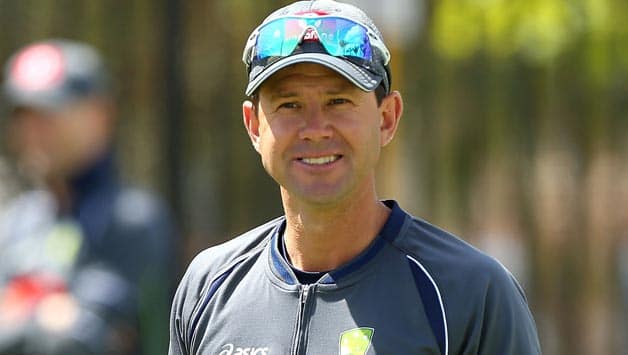 Ricky Ponting will play his final Test in Perth, against South Africa, which begins on Friday, November 30 Getty Images

Many former and present cricketers around the world came together to wish the veteran Australian cricketer Ricky Ponting, who announced on Thursday that the third and final Test against South Africa will be his last.

The country’s cricket governing body, Cricket Australia, paid lavish tribute to retiring former captain, describing him as a “leader by example” and one of the “best prepared players in the modern game”.

Ponting’s long-time teammate Shane Warne wrote on microblogging site Twitter, “Congrats to Ricky Ponting on an amazing career, well done Punter…Enjoy your last match in Perth buddy, was a pleasure playing with you !!!”

Former Australian opener Matthew Hayden expressed on his page on Facebook, “Punter, it s been a privilege to have the opportunity to play against you, and alongside you. Your departure will be a massive hole in the Australian Cricket team. Congratulations on a fantastic career.”

England cricketer Kevin Pietersen wrote, “Ricky Ponting RETIRES…. ONE OF THE GREATS! I always got excited playing AUS, so I could watch him bat up close. Well done Punter! #legend”

“Ricky ponting what an absolute legend. Iam glad I had the honour of playing against him. Take a bow #legend #respect,” tweeted Indian batsman Virat Kohli.

England’s former captain Michael Vaughan expressed, “The best batsman I had the privilege to play against … Ricky Ponting… #Punter Australia cricket will not be the same without him…”

He added: “Forgot to mention… Ricky Ponting was very underestimated Bowler as well… Quicker than he looks…!!!”

Former Indian cricketer and now a commentator, Sanjay Manjrekar said, “Ricky Ponting – a great driver & a great puller ! Thats one thing that really stood out for me. Enriched the game by his feats.”

“Ricky Ponting came out of that very typical Australian mould of batsmen. He was the quintessential Aussie batsman in style & approach,” Manjrekar added.

“What a player,entertainer of note and an all time great ricky ponting! Always loved his approach to batting… #legend” Herchelle Gibbs shared.

“Well done Punter on an incredible career. It would be great to see you finish with a ton. It was an honour to play alongside of you,” added Glenn McGrath.

Pacer Brett Lee, who played under Ponting, hoped that the 37-year-old goes out after scoring a hundred.

“Congrats Punter on a fantastic career, enjoyed playing along side you! Go out with a bang mate!” he tweeted.

“You have to take your hat off to Ricky Ponting calling time on a magnificent career. Hell of a player,” felt England spinner Graeme Swann.

“Huge respect for how Ponting played the game. Tough competitor Aussies will miss him. 100 at Perth to finish?” tweeted English pacer Stuart Broad.

“Congratulations to Ricky Ponting on an outstanding career. You will be missed but never forgotten,” SACA said on its twitter page.