Cricket Association of Bengal (CAB) presient Jagmohan Dalmiya congratulated Kolkata Knight Riders (KKR) for their superb Indian Premier League (IPL) success and said they would organise a grand function at the Eden Gardens on Monday to celebrate the famous victory. 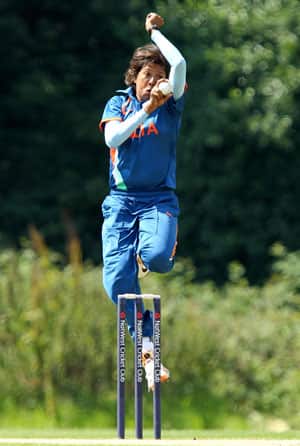 Cricket Association of Bengal (CAB) presient Jagmohan Dalmiya congratulated Kolkata Knight Riders (KKR) for their superb Indian Premier League (IPL) success and said they would organise a grand function at the Eden Gardens on Monday to celebrate the famous victory.

“IPL is a tournament followed all over the world. The success has put Kolkata at the top. It’s a matter of pride for us. A big salute to KKR,” Goswami said.

“They have been a picture of consistency. They deserved to win the title. If you see their track record, they have played some outstanding cricket throughout the tournament. Beating Chennai in Chennai is not easy.”

“Everybody was saying about Sunil Narine. But yesterday it was different. He conceded 37 without taking any wicket. But that did not stop the Knight Riders from winning the title. The toss also did not go their way and Chennai put on a superb stand while Raina finally fired in the tournament (with a 38-ball 73). But the way Manvinder Bisla counterattacked the Super Kings bowlers was terrific, while Jacques Kallis brought his experience to full use,” she said.

Heaping high praise on the Haryana lad, former India cricketer Ashok Malhotra said: “It’s the best innings of his life. Many might have criticised Gambhir’s decision not to include McCullum in the XI but Bisla’s inclusion became the masterstroke.

“Kallis also played a superb innings by holding one end. I always feel after Garry Sobers, Kallis is the all-time best allrounder. He brought all his experience to use in the final. Tiwary also played a crucial knock by finishing the game with a cool head.”

A Mahendra Singh Dhoni supporter, former cricketer Raju Mukherjee followed Chennai Super Kings (CSK) all along, but the veteran praised Gambhir and said the lefthander was graceful in the triumph.

“Honestly, I’m a supporter of Chennai Super Kings and Rajasthan Royals for Mahendra Singh Dhoni and Rahul Dravid, the two true gentlemen of the game. Dhoni is our outstanding (Indian) skipper so the loyalty will always be with him.”

“In a game, one has to win and the other lose. You have to be graceful both in victory and defeat. It’s a huge thing for Kolkata to win this tournament. The captain led from the front, while Sunil Narine was exceptional throughout.”

Almost all the youngsters, like Bisla in the final, chipped in, Mukherjee said adding not just in Kolkata, it was a proud moment for everybody. (PTI)

IPL 2012: Shahrukh Khan had a lot of faith in me, says Manvinder Bisla