KCA would be laying the foundation stones for three new cricket stadiums this month.

Thiruvananthapuram: Cricket in Kerala is expected to receive a huge boost in the next three years as there will be a top-class cricket ground in each of the state’s 14 districts, TC Mathew, the first Keralite to become a vice president of cricket’s richest body, the BCCI, has said.

Mathew, who is also president of the Kerala Cricket Association (KCA) that in 2010, when he was the KCA secretary of, a Vision 2020 document had been formulated that had as its prime objective the building of cricket infrastructure and today this is on track.

“We had drawn up a plan for 17 state-of-the-art cricket grounds. By 2017, we will create one ground in every district. We have already completed four grounds where first-class matches have already been played,” Mathew told IANS in an interview.

The grounds would be the property of KCA, which got an additional boost when Chief Minister Oommen Chandy promised it around 30 acres of land.

“We have identified a few places in Ernakulam district for this and once the Kerala government gives us the land, a state-of-the-art stand-alone cricket stadium which will be able to stage international matches would be built,” added Mathew.

Today international matches are only played at Kochi’s 60,000-capacity Jawaharlal Nehru Stadium that the KCA has taken on lease.

“The newly-built [multi-purpose] Greenfield Stadium [here], where the opening and closing ceremonies of the 35th National games were held earlier this year, has also been cleared by the International Cricket Council (ICC). We are told that the final works are under way,” Mathew said.

As part of the Vision 2020 document, KCA would be laying the foundation stones for three new cricket stadiums this month.

“No other state in the country will have 17 first-class cricket stadiums. This is being done to ensure that our kids do not lack cricket infrastructure as there is talent in plenty here,” Mathew added.

Mr Gavaskar, your question to Virat Kohli did not befit your stature in the game 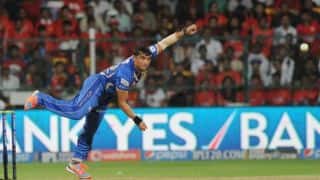