Ireland joined cricket's elite nations after being granted Test status by the ICC last year and their first match in the five-day format will take place against Pakistan at Malahide in May.

Cricket Ireland are to look into the possibility of building a new national stadium in Dublin after ruling out redeveloping the ground in nearby Malahide. Ireland joined cricket’s elite nations after being granted Test status by the ICC last year and their first match in the five-day format will take place against Pakistan at Malahide from May 11-15. But with their senior men’s team now facing an expanded international programme, there are concerns over how difficult it might be to redevelop Malahide, which is situated in the heritage area of Malahide Castle Demesne and near residential housing, were it felt necessary to expand what is effectively Ireland’s headquarters ground.

Clontarf in Dublin, as well as Stormont in Belfast and Bready in County Tyrone have previously staged international matches but the long-term option officials are exploring would involve the creation of a purpose-built cricket stadium at the Sport Ireland National Sports Campus in west Dublin.”Cricket in Ireland is entering an exciting new phase, as we begin to understand more and more the implications and obligations of becoming an ICC full member,” said Cricket Ireland chief executive Warren Deutrom in a statement issued Wednesday.

“We anticipate that the new Future Tours Programme (FTP) will be finalised by the ICC in April this year. It is likely to involve the senior men alone playing about 60 home matches over the next five seasons. What has become abundantly clear to the board is that this dramatic increase in our home schedule means that we will need to share the load beyond our four existing international-standard grounds around Ireland.”

Deutrom added: “It has been no secret that our initial thinking was based around a redevelopment and expansion of Malahide Cricket Club. When we selected Malahide as the location for our main stadium in Dublin a decade ago, Irish cricket was in a very different position with a much smaller fixture list. By achieving Test status and joining the FTP, we’ve had to ask ourselves the tough question of whether that decision is still fit-for-purpose. It was a decision the board did not take lightly. Regardless of any future decision we are keen for Malahide to remain in use as an international ground for many years to come.”

Meanwhile, Cricket Ireland announced a home limited-overs series with Afghanistan, who were also granted Test status last year, in August. Three T20Is at Bready will be followed by a trio of ODIs at Stormont. 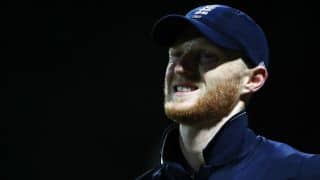 Ben Stokes reveals his frustration on missing the Ashes Hashim Amla to play for Hampshire in upcoming county season