The government of Russia has refused to officially recognise cricket as a sport meaning it's not eligible for financial support.

It’s not even a week since England lifted their maiden ODI World Cup trophy after an epic battle with New Zealand in the final but here comes a news that, well, puts the future of cricket in doubt in world’s largest country.

The government of Russia has refused to officially recognise cricket as a sport meaning it’s not eligible for financial support. A government memo has listed cricket alongside Muay Thai – a form of boxing originated in Thai – among those disciplines which do not meet Russian government’s criteria to qualify as a sport.

Footgolf, sports yoga, model plane flying, ice stock sport and korfball are some of the disciplines that have found a place in Russia’s “registry of sports”.

Cricket has been played in Russia since 1870s and in 2017, the International Cricket Council (ICC) made them an associate member.

A rough translation of the memo

MINISTRY OF SPORT OF THE RUSSIAN FEDERATION
(MINSPORT OF RUSSIA)
ORDER

In accordance with sub-clause b of clause 25 of the Procedure for Recognising kinds of sports, sports disciplines and their inclusion in the All-Russian the register of sports and the procedure for maintaining it, approved by order The Ministry of Sports of the Russian Federation of 24.08.2018 No. 739 (registered with the Ministry of Justice of the Russian Federation 10.12.2018, registration No. 52951), p p and k a s in s a:

1. Refuse to recognise the sport “cricket”.

2. Refuse to recognise Muay Thai as a sport.

3. Control over the execution of this order shall be entrusted to Deputy Minister of Sport of the Russian Federation S.V. Kosilov. 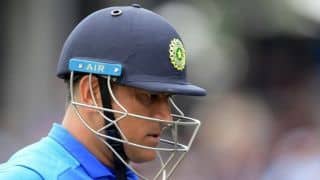 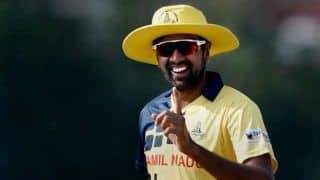