Archer first flared up his right elbow which ruled him out of the India limited-overs series in March and then in IPL 2021.

Former England captain Nasser Hussain has expressed some serious concerns over fast bowler Jofra Archer’s constant struggle with his elbow injury. Hussain believes it is important for the England pacer to stay fit ahead of an important cricketing calendar that includes T20 World Cup and the Ashes set to be played later in the year. Archer, who had missed the IPL 2021 due to injury, got injured again during his comeback match for Sussex against Kent in the County Championship. He only bowled only five overs in the second innings before feeling pain in his right elbow and did not bowl on the final two days of the match.

The 26-year-old Archer’s elbow injury flared earlier which ruled him out of the India limited-overs series in March. It required a surgical procedure which meant the fast bowler did not participate in IPL 2021.

“It’s hugely worrying for any cricketer. You don’t want a recurring nature of an injury, especially a bowler and especially this lad. He is such a rare talent, an absolute gem. Even in the cricket we did see at Sussex last week, the ball he got Zak Crawley out with was phenomenal,” Hussain said on Sky Sports.

“England will be desperate to look after him and get him right for that T20 World Cup and then, obviously, The Ashes. He can do things other bowlers can’t — as long as he is fit. He needs to be fit,” Hussain added.

Renowned cricket pundit and expert – Hussain feels Archer will be highly important for England during the five-match Test series against India, followed by the all-important T20 World Cup and the Ashes beginning in Australia on December 8. The former England captain hailed Archer’s fast-bowling prowess but also mentioned it would be of no use if Archer can’t remain injury-free.

England head coach Chris Silverwood said that Archer will see a consultant this week to understand the severity of his right elbow injury. He struggled in Sussex’s County Championship fixture last week and wasn’t able to bowl on the final two days of the match. 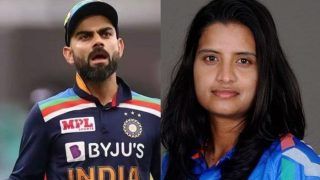