New Zealand bowlers, led by Trent Boult, can indeed put the lower order of the much-fancied Indian batting line-up to test in the semifinal.

A look at the run-scorers list of the Indian team once again brings to the fore the fact that the so-called batting powerhouse is dependent heavily on three batsmen — Rohit Sharma, Virat Kohli and KL Rahul.

But the Indian team management has made it clear that they are not perturbed by either the trend or the scary scenario wherein all three can fail in one of the last two games of this World Cup.

With 647 runs from eight innings with five centuries, Rohit heads the list and is followed by run-machine and skipper Kohli with 442 runs with five fifties to his name. And third on the list is Rahul with 360 runs that includes a century and two fifties.

Interestingly, the next man on the list is none other than ‘under scanner’ MS Dhoni with 223 runs. Clearly, the writing is on the wall and a massacre is waiting to happen, but the Indians feel otherwise.

Speaking on the issue of the other batsmen not rising to the occasion when given an opportunity, pacer Jasprit Bumrah said: “You can’t look at it like that. It goes both ways, if the top order is scoring runs, then it is a positive sign for us. Everybody has got a good round here and KL scored runs even down the order. It has been a good campaign for us so far and everyone has chipped in with wickets as well as bats.”

Batting coach Sanjay Bangar echoed the sentiments and also added that whenever the lower order batsmen have got a chance, they have shown their mettle, except for the Afghanistan game.

“I don’t think so because whoever has got to bat…obviously they haven’t got to bat for a longer period of time except for the Afghanistan game but apart from that, Hardik (Pandya) has played his role, Mahi (Dhoni) has played his role and even Rishabh Pant has a few good knocks under his belt.

“So, they are in good nick and such sort of scenario have been happening consistently, but as long as we are getting the job done, it really augurs well for the team,” he explained.

It will be interesting to see if the New Zealand bowlers, led by Trent Boult, can indeed put the lower order of the much-fancied Indian batting line-up to test at the Old Trafford in Manchester on Tuesday. 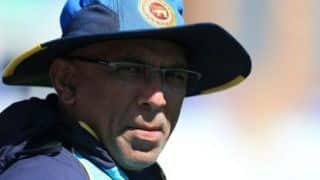