With Dhawan out and Bhuvneshwar sidelined for a week, India are forced to make changes.

SOUTHAMPTON: Suddenly, and slightly threateningly, there is a bit of a question mark over India at the ICC Cricket World Cup 2019. It’s not a case of widespread concern, for this is a very good one-day team, but there is a cloud hovering over the Indian cricket team as it prepares to face Afghanistan at the Ageas Bowl on Saturday.

Shikhar Dhawan is out of the World Cup. Bhuvneshwar Kumar, who injured himself during last Sunday’s win over Pakistan at Old Trafford, cannot bowl for a week more, at the least, and is targeting the June 30 clash against England for a comeback. On Wednesday, Vijay Shankar was hit on the toe during training at Southampton.

Injuries and niggles are part of the game, but in the matter of a few days, this Indian team has lost a prolific opener for the rest of the tournament, its most successful pace bowler for at least two matches and potentially its preferred No 4 batsman, who also took two wickets in the win over Pakistan, for the next game.

No cause for alarm, entirely, but you have to ask the question: what if Bhuvneshwar – with a history of injuries – does not recover before the knockouts?

India, alongside New Zealand, are the only teams in the World Cup yet to lose a match. Beyond Afghanistan lie West Indies, England, Bangladesh and Sri Lanka. The only team likely to beat India is England. Beating Afghanistan will give Virat Kohli’s team nine points to take them closer to the semi-finals.

Jasprit Bumrah, who on Saturday will be partnered by Mohammed Shami in place of Bhuvneshwar, said that India had not option but to move forward from losing Dhawan.

“Obviously it’s unfortunate,” he told reporters on Thursday. “He played a really good innings against Australia, he’s a very important member. He’s been doing well for so many years, integral part especially in ICC tournaments, his record is also very good. But we’ve got a lot of faith in ourselves, we’ve got a good balance.

“We are not worried about the changes. The people who come in as replacements are also equally good, and they can take care of the situations. As you see KL Rahul has also done well as an opener. It’s an unfortunate incident but we have to move forward.”

Rahul, shifted up to open in place of Dhawan in the Pakistan game, scored 57 off 78 balls in a partnership of 136. This, according to Bumrah, showed the batsman’s versatility.

“It shows a lot about the ability of the player that he can change according to situation. KL was playing at No 4, he adapted well,” he said. “Against Australia, he got few balls and hit them well. It shows a lot about the player that he can adjust according to the situation. It gives us flexibility, it ensures we don’t have any headaches if there are injuries.

(ALSO READ: I’m sure you’ll come back stronger than ever – Tendulkar to Dhawan)

Shankar did not participate in Thursday’s session and is expected to be fine in two days’ time for the Afghanistan match, but if he is not, India will have to pick from one of Rishabh Pant and Dinesh Karthik. Bumrah brushed off Shankar’s injury as nothing serious after hitting the allrounder’s toe with a yorker.

“We don’t obviously want to injure the batsman, but sometimes when we play in the nets, nobody tells the batsman not to hit. He hits you as well. So that’s not the aim. It’s unfortunate that he got hit, but he’s okay. He’s fine,” he said.

Bumrah’s five wickets at the World Cup have come at an average of 29.60 and strike-rate of 33.6, while conceding runs at 5.28 per over. For him, the challenge of bowling in England is huge because, in his estimation, the country has the flattest pitches.

“In white-ball cricket, since I’ve been playing England has the flattest wickets, it’s the most difficult place for a bowler,” he said. “Usually there is no help, sometimes it feels that when it’s cloudy the ball swings but it doesn’t swing, nor does it seam. So at that time we depend on our accuracy a lot, and on our clarity. So we know it’s going to be flat wickets and we take that into consideration and think how to adjust. If there is a little help, then adjusting becomes easier. So we prepare for the worst situations and then if there’s help, then it’s good.”

The Indian team will not practice at the Ageas Bowl on Friday, the day before the Afghanistan match. 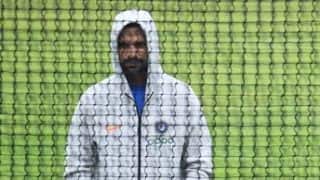 I hope you recover at the earliest: PM Modi to Shikhar Dhawan 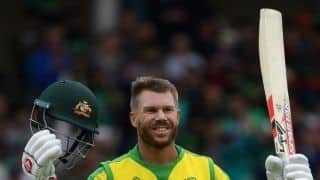