With Cricket World Cup 2019 just a few days away, ICC has released a stellar cast of commentators for its marquee event.

With Cricket World Cup 2019 just a few days away, the International Cricket Council has released a stellar cast of commentators for its marquee event set to be hosted by England from May 30.

Viewers will be treated to state-of-the-art coverage which will include a minimum of 32 cameras at every game, including eight ultra-motion Hawk-Eye cameras, front and reverse view stump cameras and Spidercam.

For the first time at a Cricket World Cup, the broadcast will produce 360° replays, provided by Piero which allows multiple camera feeds to be stitched together to create stunning video that helps provide in-depth analysis of big moments in the game.

The coverage will also be complemented with a variety of analytical and visual enhancements including the use of Player Tracking. Broadcast tools such as Hawk-Eye will be supplemented by an in-depth cricket data analytics system to be provided by analytics app Cricviz.

The drone camera provided by Batcam will also provide stunning visuals of all venues across England and Wales. There will be a roving Buggy Cam as well, for a ground level view of proceedings. 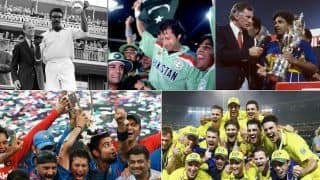 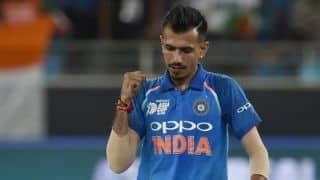 Haven’t changed my game much but I am a bit more mature: Yuzvendra Chahal