Cricket World Cup 2019: "I didn't really see it" - Jofra Archer on Virat Kohli calling him the X-Factor for England team

Archer, who played two matches against Kohli in the Indian Premier League, had earlier commented that he will be targeting Kohli, the World’s No.2 batsman, and in response, the Indian skipper during a captain’s press meet in England had eluded to the allrounder as England’s ‘X-factor’, praising the West Indian.

But, Archer admitted that he has not heard Kohli say that, but nevertheless, the goal for every bowler is to get the best batsman of the opposition out.

“I didn’t really see it,” said Archer, as reported by the cricketer. “Kohli is one of those people you’d just like to get out. You always want to get the best batsman in every team really,” he said.

Barbados-born fast bowler Archer was included in a 15-man squad announced on the back of a mere three one-day internationals, having only qualified for the World Cup hosts and favourites on residency grounds in March.

But the 24-year-old, whose father is English, has already faced many of the world’s leading cricketers while playing for the Rajasthan Royals in the Indian Premier League (IPL 2019).

And for all his lack of England experience, Archer believes the time he has spent in the IPL has been good preparation for the pressure of a World Cup. “I think I probably have a bigger advantage over some of the other guys in our team,” he said.

“We play (these guys) twice a (season) in the IPL, so you know their weaknesses, you know their strengths, you know if they can’t run between the wickets… it gets you an extra bit of inside information.” 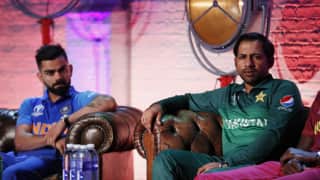 Pakistan set to host Asia Cup T20I in September in 2020 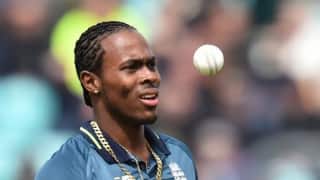