Cricket World Cup 2019: India and England are obviously favourites, but that doesn't get you the crown: Shakib Al Hasan

Cricket World Cup 2019: India and England are obviously favourites, but that doesn't get you the crown: Sh

Bangladesh all-rounder Shakib Al Hasan is keen to remind all that cricket is a game that is played on the field and not on paper.

Hosts England and Team India have been touted as favourites to go the distance in the 2019 edition of the World Cup in England and Wales. But Bangladesh all-rounder Shakib Al Hasan is keen to remind all that cricket is a game that is played on the field and not on paper.

Speaking to IANS, Shakib said that while there is no doubt that Eoin Morgan and Virat Kohli‘s men are ruling world cricket at the moment in the 50-over format, the favourites tag alone doesn’t win any team the coveted title in the 50-over World Cup.

“India and England are obviously favourites, but that doesn’t get you the crown. You need to do the hard yards to win a tournament like the World Cup. Australia have been doing well recently and West Indies have peaked at the right time. To be honest, all the teams look like they are ready for a fight. Depends who on that day does well,” he pointed.

Personally, Shakib got the perfect boost going into the showpiece event as he overtook Afghanistan star Rashid Khan as the no.1 all-rounder in ODIs. But for the star Bangladesh player, he wants the trophy that ultimately decides who the boss is.

“This time I think we have a genuine chance of winning the tournament, but keeping the format of the tournament in mind, we must look to play well consistently. If we can do that, we can definitely look at qualifying for the knockouts and take it forward from there. I am confident that we will do well this time. (ALSO READ: Cricket World Cup 2019: Confident of making it to top four, Mashrafe Mortaza’s Bangladesh aim to break new ground)

“Personally, obviously I wish that Bangladesh win the trophy this time. But a lot of factors need to click together for that dream to be realised. While I didn’t play much in the IPL, I had been working hard on my game and was looking to prepare for the World Cup. Gave it my all in the practice sessions and tried to maximise the output in every training session,” he explained.

While Bangladesh have in the last few years made a name for themselves in the big league by putting in far more consistent performances than before, but Shakib is still a bit worried with the team’s bowling attack. The all-rounder though feels that the experience in the side will come to the rescue in crunch games. (ALSO READ: Cricket World Cup 2019: All Bangladesh cricket records at World Cup most runs, wickets, catches, wins and more)

“I think we have a very good side, I am a little worried about the bowling, both new ball and the death. But I am very much optimistic that we can go the whole length. We have experience, have guys who have played 3 or 4 World Cups. It is a good thing as we know what we need to do. Need to get the momentum early on. I am confident. Anyone can beat anyone on their day. Consistency is an important factor to go all the way,” he revealed.

With the advent of the various T20 leagues, Bangladesh players are now getting an opportunity to rub shoulders with some of the best players in the world. In fact, they also have their own T20 league and Shakib feels this has helped in getting quality players to play for the country as talent can be identified better now thanks to so many platforms.

“I feel playing in the T20 leagues around the world has really helped our boys in recent times as you gain in experience. Apart from building your own game, you also get to see other stars closely and try and learn from them as well. It has helped us become more competitive as a unit,” he smiled. 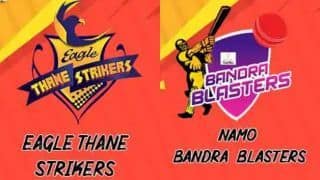 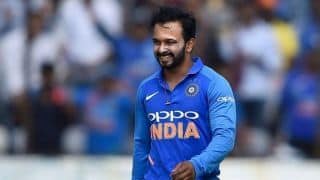 Cricket World Cup 2019: Kedar Jadhav is a utility player, will be crucial for India in World Cup: Chandrakant Pandit