South Africa’s unceremonious exit from the 2019 edition of the World Cup on Sunday came as no shocker as they looked like a team which wasn’t prepared to challenge the best in the business.

While the lack of preparedness was evident in their performance through the tournament, it has come to the fore that Cricket South Africa (CSA) wanted the players to plan better, but the cricketers were keen to play in the Indian Premier League (IPL).

Having already lost to England, Bangladesh and India earlier, the loss to Pakistan was the last nail in the coffin for Faf du Plessis‘ men. And while du Plessis spoke on Sunday about how he and a few others wanted some of the top players to not play the IPL this season,

Cricket South Africa even had a meeting with the team management to decide on the release of the players for the T20 league.

“CEO Thabang Moroe, President Chris Nenzani and coach Ottis Gibson even had meetings on the release of the players for the IPL. This was during the series against Sri Lanka. While I am not aware if the team management also wanted the players to return early and attend a camp before leaving for England, there was some debate on the release keeping an eye also on the workload. But the players were keen to be a part of the IPL from the beginning,” a CSA official told IANS.

In fact, the moment Kagiso Rabada complained of a stiff back, he was asked to pack his bag and return to South Africa and stay fresh for the World Cup.

But the ploy clearly didn’t work much as the pacer finished with six wickets from six games with best figures of 2/39 against India. More than the wickets, it was his average speed that dropped and it didn’t miss the eye of skipper Faf.

Speaking after the loss on Sunday, du Plessis admitted that efforts were made to stop some of the players from playing in the IPL to ensure they remained fit and fresh for the World Cup.

ALSO READ: The biggest downside is we are not doing ourselves justice as a team: Faf du Plessis

“We did try and get him not to go to the IPL; to try and stay and get fresh. That wasn’t the case of — and then when he went there, we were like, let’s try and get him back halfway through the IPL because it’s important, not just for him, but a few other players. And KG is-you can see that his pace is probably a little bit down from where he normally is,” the skipper said.

Interestingly, when asked about managing the workload in the IPL, Rabada had said: “Bowling four overs is not an issue. It is the travel and the rest of the commitments that come with it that become difficult to handle.”

All-rounder Chris Morris had also made it clear during the IPL that he wasn’t too worried about workload management with the World Cup round the corner.

“I train when I have to and rest when I have to. I am not going to subdue my training, if someone tells me,” the Delhi Capitals player had said. 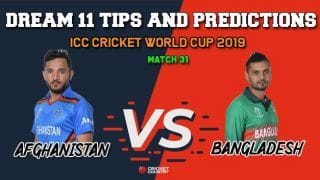 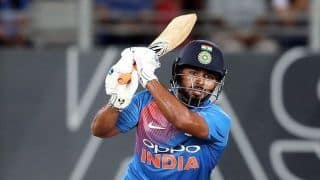