Bangladesh expects a lot from opener Tamim Iqbal and the left-hander admits he hasn't been able to live up to the expectations.

Bangladesh expects a lot from opener Tamim Iqbal and the left-hander was candid enough to admit that he has not been able to live up to the expectations still in the ongoing World Cup.

In the six games he had played so far, Tamim has hit just one half-century in the competition — 62 against Australia at Trent Bridge on Thursday that too in a losing cause.

It is not that Tamim has not been getting starts in the tournament. Every time he looks on course for a big score, the 30-year-old simply gave away his wicket. “In the last game I was batting well, against Australia it was the same but I’ve not been able to capitalise with important runs,” Tamim said after Bangladesh’s third loss in the competition.

“The team expects a lot from me, I expect a lot from myself, and until now it’s not been great.

“In the first three games, I got myself set and then played two bad shots – I got a decent delivery in the first game (against South Africa) but after that I gave my wicket away so I needed to be more disciplined,” he added.

Tamim, however, is hopeful of turning things around in the remaining three games. “But I still have three games to go to try and change that around,” he said. 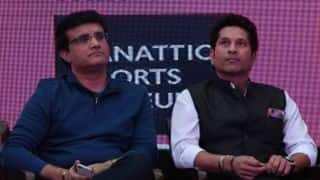