Neesham, who pocketed a maiden five-wicket haul in international cricket, ended with figures of 5/31, while Ferguson picked four for 37 in 9.1 overs which included a staggering three maidens.

Captain Kane Williamson heaped praise on two game-changers James Neesham and Lockie Ferguson, who shared nine wickets between them as the duo helped New Zealand bundle out Afghanistan for 172 in Match 13 of the ICC World Cup 2019 at Taunton on Saturday.

Williamson s unbeaten 79 led from the front as the Blackcaps chased down the target in 32.1 overs to register a convincing seven-wicket victory thus maintaining their 100 per cent record in this edition.

Neesham, who pocketed a maiden five-wicket haul in international cricket, ended with figures of 5/31 in his 10 overs, while Ferguson picked four for 37 in 9.1 overs which included a staggering three maidens.

It was an outstanding effort. There are some world-class players in the Afghan side. I have played with a number of them for a few years. They got off to a good start and it was important to build some pressure in the middle-overs, and the way the seamers came back in the middle-overs was fantastic pace, bounce and a bit of movement did it for them. Lockie doesn’t need a lot of encouragement to turn up the speed. He has been fantastic in the three games so far, Williamson said at the post-match presentation ceremony.

The left and right-arm combination helps up top and Neesham hitting the wicket hard with the bounce, pace and the movement the same with their opening bowlers. The fielding, I think, was great from us. The batting improved from the last match.

Williamson, who won the toss and opted to field, said he was happy to chase down targets. We have chased three games in a row and we are trying to chase some of the lower targets on surfaces that, if you’re put under pressure, you can pick up wickets. It is important to build the partnerships in those situations, he said.

Every game you play, you set out to win it, and it’s great to have three wins in a row to start with. We have a couple of days off now, and then we have India (on June 13) after that so we need to adapt to new venues, which is the nature of tournament sport, but the guys will be looking forward to it. 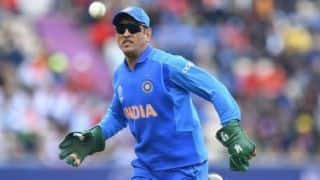 Cricket World Cup 2019: I don't know what is happening with that: Rohit Sharma on MS Dhoni glove insignia issue 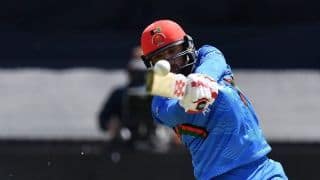