With four wins out of five games, New Zealand are back on top of the points table, while South Africa remain with one win out of six matches and are almost on the brink of elimination.

Kane Williamson’s gargantuan 106* scripted a phenomenal New Zealand victory against South Africa in Match 25 of the ICC Cricket World Cup 2019 at Edgbaston in Birmingham on Wednesday. Williamson found able support in Colin de Grandhomme, who scored a vital 60, as the duo’s 91-run partnership for the sixth wicket turned the match in the Black Caps’ favour.

The thrilling four-wicket victory has ensured New Zealand remain unbeaten in the tournament. With four wins out of five games (they received one point from the washed out match against India), New Zealand are back on top of the points table, while South Africa remain with one win out of six matches and are almost on the brink of elimination.

With six matches, the Proteas sit on the eighth spot just above Pakistan, who have played a match less, with just three points. Afghanistan firmly occupy the bottom place yet to open their account after five matches.

India now are on the fourth spot with seven points from four games. The Virat Kohli-led side are confident of pocketing two points that will see them rise in the table when they face Afghanistan on June 22. (FULL POINTS TABLE)

Defending champions Australia are on the third place having played the same number of matches as table-toppers New Zealand, but falling a point short after the Kiwis gained one point in the abandoned match against India. Hosts England too have the same number of points as Australia but are a rung above owing to a better strike-rate. 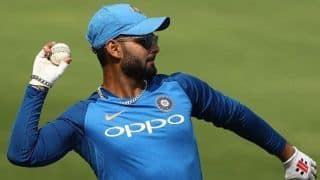 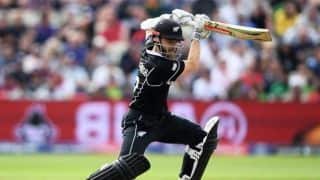 Cricket World Cup 2019: It’s nice to be there at the end: Kane Williamson