Guptill feels the Royal London One-Day Cup is a good indication of what to expect at the World Cup.

The New Zealand opener Martin Guptill is looking forward to returning to England for the ICC Cricket World Cup 2019, with expectations of run-filled surfaces, a fun environment during the tournament and some “chill” time when not involved in cricket.

Back in New Zealand after spending six weeks in the IPL, during which time he played three of Sunrisers Hyderabad‘s 15 matches, Guptill reflected on his time playing in England. His ODI record there stands at 652 runs at an average of 54.33 with a strike-rate of 97.31, including a score of 189 not out off 155 balls.

“I do love playing over there, it’s very similar conditions to home, and you can be at ease over there and you can go out and just chill out when you’re away from cricket,” Guptill said on Wednesday in Auckland. “It’s quite a fun place to play cricket and the fans are great over there as well.”

Ahead of New Zealand’s departure to England on May 19, Guptill said that the run of high totals in the ongoing domestic one-day tournament there was a barometer of what to expect at the World Cup.

“I guess the way the Royal London One-Day Cup’s gone over there, it’s been reasonably flat wickets and good for batting, so there could be a few high scores,” he said. “But then again, at the end of the day, you’ve got to bat well to get those scores, so we’ve just got to go out there and prepare well and make sure that we come out firing.”

New Zealand begin their World Cup campaign on June 1 against Sri Lanka. Before that, they play tour matches against India on May 25 and West Indies on May 28. 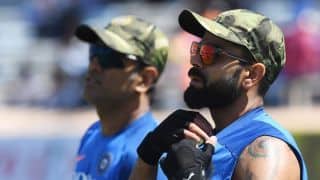 Cricket World Cup 2019: MS Dhoni gives me the freedom to do my thing – Virat Kohli 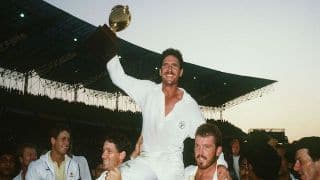