A couple of days after Indian team failed to reach the ICC Cricket World Cup 2019 final following a defeat against New Zealand, reportedly there are differences within the team, with captain Virat Kohli and coach Ravi Shastri dominating the decision-making and forcing their ideas on the team.

A ‘Dainik Jagran‘ report said that the team is divided in two groups one which supports Virat Kohli and the other which backs Rohit Sharma. The report adds that the team only consists of players who are favoured by Shastri and Kohli or the ones who have earned their places on the basis of solid performances, players such as Rohit and Jasprit Bumrah.

The said report also states that the players did raise their concerns over Vijay Shankar’s selection over Ambati Rayudu knowing that it could cost then their place in the XI, and eventually the squad.

The report claims that one of the Indian cricketers said that KL Rahul will continue to get a long run, if not at the top of the batting order, then at number four and he will continue to be a part of the squad. The report adds that even if Kuldeep Yadav and Yuzvendra Chahal both perform badly, it will be the former who will get the boot as the latter plays for Royal Challengers Bangalore (RCB), a team that Kohli captains, in the Indian Premier League (IPL).

It further adds that the captain never liked Rayudu and as soon as he failed with the bat, he was ousted from the World Cup 2019 squad and despite being in the list of standbys, he was not picked even when Shikhar Dhawan and Vijay Shankar were ruled out due to injuries.

The Indian players are not happy with the captain and more so, with the coach and asked when the latter will not be with the team, the report adds further. It also states that Kohli, who performs with the bat, only listens to Shastri and bowling coach Bharat Arun. 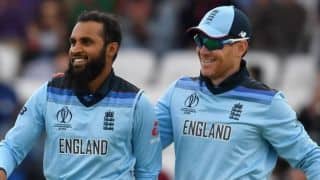