Australia pace spearhead Mitchell Starc became the fastest to 150 wickets in ODIs on way to his match-winning five-wicket haul.

Australia pace spearhead Mitchell Starc became the fastest to 150 wickets in One-day Internationals on way to his match-winning five-wicket haul against the West Indies in the World Cup.

His figures of five for 44 guided Australia to a 15-run win over the West Indies.

Starc surpassed Pakistan great Saqlain Mushtaq to the fastest to 150 wickets. The Australian achieved the milestone in 77 ODIs, a match quicker than Saqlain.

New Zealand’s Trent Boult is in the third spot, having reached the landmark in 81 ODIs, followed by Brett Lee (82) and Ajantha Mendis (84). 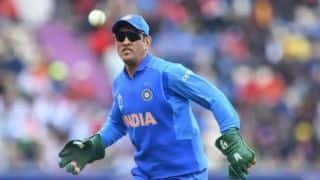 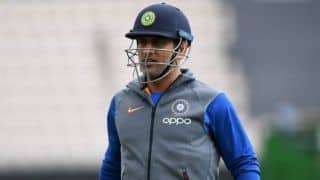