Former India skipper Saurav Ganguly has thrown his weight behind under-fire Mahendra Singh Dhoni, who is facing criticism for his slow-paced knocks in the ongoing World Cup, saying the stumper would definitely succeed due to his experience and ability.

The 37-year-old wicketkeeper-batsman, who led India to the 2011 ODI World Cup victory, faced criticism for his failure to rotate the strike against Afghanistan last week and even against the West Indies on Thursday.

Dhoni initially found the going tough before getting 16 runs in the final over to finish unbeaten on 56 off 61 deliveries and take India to 268 for seven against the West Indies at Manchester Thursday.

However, Ganguly, who has played 113 Tests and 311 One Day Internationals, did not read much into Dhoni’s style of batting.

“It’s a one-off and I won’t look too much into it. Yes, MS Dhoni has been in the situation in the past, last year when he came to England, we saw the same struggle with spin,” Ganguly, one of the most successful skippers for India, said.

“But he (Dhoni) needs someone to play with him, and if he bats with Virat Kohli at three, KL Rahul at 4 and he is at 5, or with the likes of Hardik Pandya, life becomes a lot easier for him because they keep hitting and he keeps rotating the strike,” the 46-year-old cricketer said.

Ganguly sought to dispel any doubt about Dhoni’s batting ability given his vast experience. “I would like to wait before passing a statement on how well he has played, especially his strike rate, because he has the ability to hit the boundaries and play differently,” elaborated Ganguly.

“So, let’s not get into MS Dhoni so quickly in this competition yet, because his experience, the quality and the ability he has, he will definitely succeed,” Ganguly said.

Even India skipper Virat Kohli has backed the under- fire Dhoni and called his experience and feedback invaluable, while terming him a legend of the game.

Unbeaten India play hosts England next on June 30 at Birmingham. 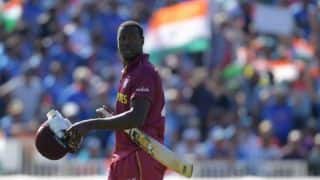 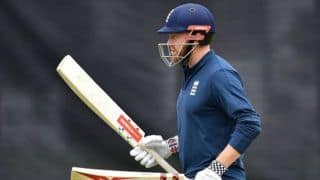