Pakistan captain Sarfaraz Ahmed has revealed that the video of a fan heckling him after the World Cup defeat to India had left his wife in tears.

Pakistan captain Sarfaraz Ahmed has revealed that the video of a fan heckling him after the World Cup defeat to India had left his wife in tears. The fan, who later apologised, had compared Sarfaraz to a pig when the Pakistan captain was out with son Abdullah.

“I remember going into my room and my wife, Khushbakht, was crying watching the video. I told her it is just a video and we have to bear with it because our cricket fans are very emotional,” he was quoted as saying by the Jang newspaper on Thursday.

But hours after the video went viral, cricket fans offered support to Sarfaraz and trolled the youngster for disrespecting the national captain.

Former captain, Wasim Akram made it clear he would have slapped the fan if he faced with such a situation. “Any fan has a right to criticize us on our cricket performances but not get personal or target family,” Akram said recently.

Sarfaraz, who captained Pakistan to the 2017 Champions Trophy success, is now being praised after leading his team to back-to-back wins over South Africa and New Zealand keeping their semi-final hopes alive.

Sarfaraz said that he was very upset when the youngster taunted him. “I felt very sad at his remarks. But I kept my cool as I had my son in my arms. If I had also reacted back I don’t think I would have got the support I got from fans who themselves took him to the task,” Sarfaraz said.

“If I had reacted and got emotional there would have been no difference between me and him,” he added.

He said a member of the youngster’s family had immediately come and apologised to him. The Pakistan skipper admitted that the week after the defeat to India was very tough on the team. “But we know our fans love us a lot and if they get angry and upset after a defeat we understand that because they also shower praise on us when we do well,” he said.

Sarfaraz credited fan support for Pakistan’s turnaround. “It surprised us all when we saw the turnout of fans and it also encouraged us to do our best,” he said. 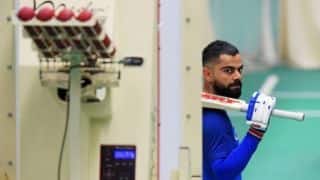 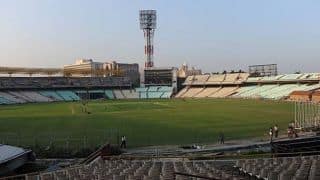