As soon as Bangladesh, already eliminated from the 10-team competition, reached eight runs in their innings, Pakistan were mathematically out of contention.

New Zealand qualified for the ICC Cricket World Cup 2019 semi-finals on Friday without playing when Pakistan could no longer better their net run-rate.

If Pakistan beat Bangladesh at Lord’s they will finish level with New Zealand on 11 points and five wins, but the run-rate tie-breaker means they will be heading home.

Pakistan, needing to smash the world record for margin of victory in a one-day international, scored 315 for nine in their 50 overs at Lord’s.

As soon as Bangladesh, already eliminated from the 10-team competition, reached eight runs in their innings, Pakistan were mathematically out of contention. The other semi-finalists are Australia, India and host nation England.

The visitors will also be the first foreign sporting team to tour Sri Lanka after the Easter Sunday suicide attacks that killed 258 people, including 45 foreign nationals.

Local Islamic radicals hit three churches and three hotels on April 21. Since then, Sri Lanka has been under a state of emergency which gives sweeping powers to police and troops to arrest and detain suspects.

The first Test between New Zealand and their hosts will begin on August 14 in Galle while the final Test match will be played in Colombo’s P. Sara stadium from August 22, Sri Lanka Cricket said in a statement.

The first two T20 games will be in Colombo on August 31 and September 2 at the Premadasa Stadium while the final match will be on September 6 in Kandy. 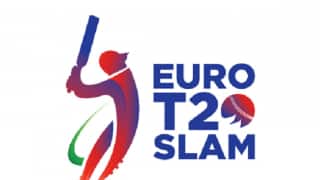 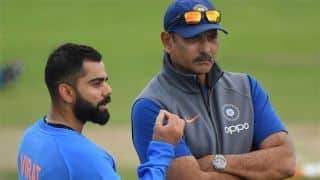