Cricket World Cup 2019: Pitch the ball up and swing it around: Trent Boult highlights plans after troublin

The left-arm pacer also said that New Zealand will take some confidence out of win against India.

Acknowledging the swing on offer during their warm-up game against India, New Zealand fast bowler Trent Boult says the convincing win over one of the favourites gives them confidence heading into the World Cup.

Boult was the wrecker-in-chief, returning impressive figures of 4/33 to bowl out India for 179 in under 40 overs at the Kennington Oval.

“Nice to see it swinging around a little bit,” Boult told ICC after the game here Saturday.

“I’d love to expect that everywhere, some good wickets around the country. It’s going to be a good challenge, but us as a bowling unit, we’re definitely looking forward to it, but we’ll take some confidence out of today. (ALSO READ: ICC World Cup 2019 warm-up: Boult, Williamson, Taylor star as New Zealand beat India)

“But yeah, the biggest challenge will be when it’s not swinging and not nipping around a little bit. Then how do we take wickets? So we’ll look at that.”

With batsmen dominating one-day internationals in England in recent years, there is a belief that this World Cup could see imposing totals being notched on regular basis.

“We know what early wickets does to the batting side,” Boult said.

“We want to be as aggressive as we can to try and get into any team’s batting order, so we know if we get two or three wickets at the top of the order, it puts a lot of pressure on the opposition. That is the basic plan, and for me, it’s about pitching the ball up and swinging the ball around as much as it can.” (ALSO READ: Jadeja’s fifty, Hardik getting runs positives, says Virat Kohli as New Zealand beat India)

Boult was the joint leading wicket-taker in the 2015 edition with 22 scalps from nine matches. The conditions have become more challenging since then, but he isn’t intimidated by predictions of 500-plus scores.

“The ball hasn’t really swung around as much since then, but I don’t know if I’m going to make any drastic calls like someone’s going to make 500,” he said. 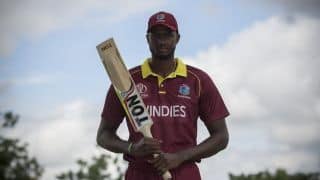 Cricket World Cup 2019: Jason Holder-led West Indies know their history but out to create their ‘own legacy’ 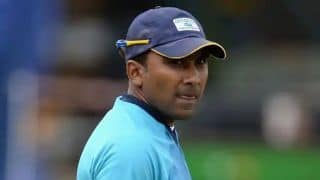