India need to win one of their two group fixtures to enter the World Cup semi-finals.

BIRMINGHAM: Whisper it softly, but Bangladesh are confident of defeating India at Edgbaston in match 40 of the ICC Cricket World Cup 2019 to take a giant leap towards their first trip to the semi-finals. They see the openings in India’s middle order, and believe that inroads can be made on a slow and low Edgbaston surface on Tuesday – the same on which England beat India on Sunday. Their drive to upend the pre-tournament is immense, even if the head-to-head record shows a decidedly one-sided history.

They know it can be done, the golden four of Bangladesh cricket – Tamim Iqbal, Mushfiqur Rahim, Shakib Al Hasan and Mashrafe Mortaza – all part of that famous upset over India in the 2007 World Cup. If Bangladesh beat India in the 2019 World Cup, it will not be an upset.

Beating India will not guarantee Mortaza’s team a spot in the final four, because for that to happen they need to get past Pakistan at Lord’s later this week.

India, despite losing to England here in Birmingham on Sunday, are on track for a top-two finish. Theoretically, of course, Virat Kohli ‘s team can still not make the semi-finals if they lose to Bangladesh and Sri Lanka and it their net run-rate takes a hit. At second place on the World Cup table with 11 points, India need to win one of their remaining two group fixtures to enter the semi-finals.

Their campaign has been dented by the withdrawal of Vijay Shankar, and eyebrows have been raised by his replacement, the uncapped Mayank Agarwal. Shankar was picked for his all-round skills, and has been replaced by a batsman. A day before he was ruled out, Rohit Sharma reiterated that the Indian team management had no uncertainty about Shankar at No 4. Then Sanjay Bangar, the batting coach, backed Rishabh Pant to keep going at No 4.

Bhuvneshwar Kumar is fit for selection, but may have to sit out another match as India ponder a third spinner on a dry Edgbaston surface. Getting the right team selection has never been trickier for India in this World Cup, as they seek to confirm their semi-final passage against a very good Bangladesh outfit.

What: India vs Bangladesh

Weather: Partly cloudy with a high of 18 degrees Celsius

The Indian team did not train on Monday at Edgbaston, the gap day between their two matches here. With Shankar ruled out of the World Cup and Agarwal yet to reach England, India will persist with Rishabh Pant at No 4.

Bhuvneshwar is available after missing three matches in a row, but India will likely play him against Sri Lanka.This match will be played on the same track as the England match, and on a slow track there is a strong indication that India could bring in Ravindra Jadeja as the third spin bowler. Playing Jadeja would lift India’s fielding and strengthen the batting, but who will go out?

Kedar Jadhav is one option, but that would deprive India of a batsman. After going for his most expensive figures in ODIs – and the worst by an Indian in a World Cup game – Yuzvendra Chahal is another candidate, but what message would that send to one of India’s frontline spinners?

This is Bangladesh’s first game since June 24. They have been left somewhat frustrated, Mortaza admitted, at not being able to train regularly at Edgbaston because of the matches played here. The team practiced for two hours on Monday, and it was interesting to note that all of Bangladesh’s spin bowlers put in a lot of overs. It could be that Bangladesh add Sabbir Rahman in the lower middle order to bring in another slow bowling option. Soumya Sarkar can easily be used as the third seamer, as he was in the match versus Australia.

Mushfiqur, after a stint batting in the nets, received throw-downs in one corner of the outfield and repeatedly worked on hitting the balls into the offside and inside out. The plan was to feed him a steady stream of tossed up deliveries which he could drive with use of the feet.

The surface for this match is the same as the one used for India vs England, which means there will be plenty of turn on offer. The track is dry and tawny.

India’s ODI record at Edgbaston is 11 wins and four losses.

Head to head in ODIs, India have beaten Bangladesh 29 times out of 35 ODIs while losing five. One match was a no-result.

Mahmudullah needs 53 runs to get to 4,000 in ODI. Only three Bangladesh batsmen have managed as many.

“We know the wicket and ground conditions really well. We would try to learn from the match against England. We will assess the things that went wrong and try and execute our skills better against Bangladesh. The team management will be open to various combinations in the next match. We will look at Ravindra Jadeja coming in.” – Sanjay Bangar

“I m not surprised that we re in contention for the semi-finals. If we win it’ll be great. India are very strong in this World Cup. We’re alive. We need to play a lot better than we have been.” – Mashrafe Mortaza 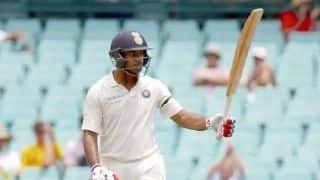 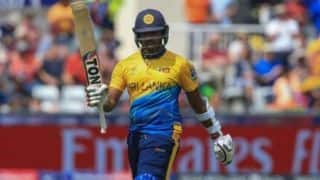