Shankar says that as long as the team has faith in his skills he is not bothered by criticism.

Unperturbed by a disappointing IPL 2019 season with Sunrisers Hyderabad and the questions raised over his ability to bat at No 4 for India, the allrounder Vijay Shankar is geared up for whatever role the team management gives him at the ICC Cricket World Cup 2019.

With Ambati Rayudu dropped from India’s ODI squad for the World Cup, Shankar has been identified as one of the frontrunners to bat at No 4 in England despite never having batted at that position.

When India’s World Cup was announced in April, the chairman of selectors MSK Prasad termed Shankar’s “three-dimensional” skills as having trumped Rayudu, which did not settle well with the latter.

Having earlier expressed delight at being picked for the World Cup, Shankar said that as long as the team had faith in his skills he was not bothered by criticism.

“I had a decent run when I batted at No.3 in the T20 series in New Zealand. The most important thing is that the team management has shown trust in me and believes I can do the job,” he told IANS. “That gives you extra motivation. The need of the team is my priority and I am always ready to adapt to situations and conditions.

(READ: Let’s not be too negative about Vijay Shankar: Sourav Ganguly)

“I am enjoying myself and don’t put any pressure on myself. I like to read the situation and play accordingly. I give importance to work ethics and there is no shortcut.”

Primed before the start of IPL 2019 as a vital player for Sunrisers after the spark shown during his ODI and T20I appearances for India this year, the Tamil Nadu allrounder did little of note. Shankar was given a regular spot at No 4 but averaged 20.33 from 14 innings, at a strike-rate of 126.42 without a single half-century. With the ball, he bowled only eight overs, managed one wicket and conceded runs at 8.75 per over.

Shankar said he is in a good space and looking to learn from the team’s leaders.

“First of all to be a part of the Indian team is something we all dream about when we start playing. I am someone who looks to imbibe things from [Virat] Kohli, Mahi bhai [MS Dhoni] or Rohit [Sharma]. I always believe in watching and learning from them. I have interacted with them to help me improve as a cricketer. They have told me that I am doing my job and the focus should be on keeping things simple,” he said.

Shankar, 29, said he has worked on his bowling to add to his value in England.

“I have been working a lot on my bowling and I am someone who believes in keeping the process right,” he said. “I feel that if the situation arises when the skipper hands me the ball, I should be confident that I can do the job and only then will that translate into performance. It is all about gaining in confidence with every given opportunity.” 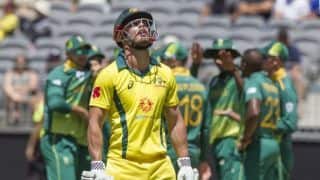 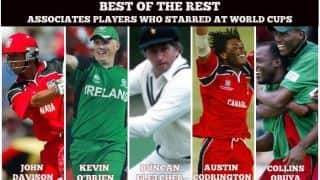