India captain Virat Kohli "is doing fine" despite being hit on his thumb while batting in the nets ahead of the team's ICC Cricket World Cup 2019 opener against South Africa.

India captain Virat Kohli “is doing fine” despite being hit on his thumb while batting in the nets ahead of the team’s ICC Cricket World Cup 2019 opener against South Africa.

“He got hit while batting but is doing fine. There is nothing to worry as of now,” team sources told PTI.

Earlier, in a major scare ahead of India’s opener, the skipper had picked up a minor injury during India s practice session at the Ageas Bowl, Southampton.

Kohli was also seen carrying a glass of ice water with his thumb immersed in it while walking back after the practice session.

After hurting his thumb, Kohli was seen carrying a glass of ice water with his thumb immersed it while departing from the ground.

India open their World Cup campaign against faf Du Plessis-led South Africa at Southampton on June 5. SA have already lost their first game, to England and will be taking on Bangladesh in their second game today.

In other news, South Africa s Kagiso Rabada seemed to have stirred the hornet s nest calling Kohli immature. While Rabada s reference is to Kohli wearing his heart on his sleeve on-field, but various reports have arm-twisted Rabada s comments.

Asked about that particular face-off with Kohli in the IPL match, Rabada said, I was just thinking about the game plan, really, but Virat, he hit me for a boundary and then he had a word. And then when you give it back to him, he gets angry.

I don t get the guy. Maybe he does it because it gets him going, but that comes across as very immature for me. He is a phenomenal player but he can t take the abuse, Rabada was quoted as saying by The Cricket Monthly from ESPNcricinfo. 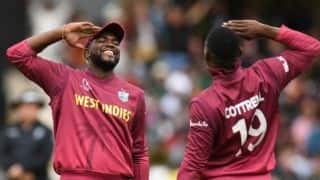 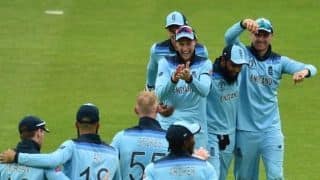