Ahead of the World Cup, the 10 captains posed for a photo together in London.

A week before the start of the ICC Cricket World Cup 2019, the World Cup captains met in London at a traditional pre-tournament press conference, which also included the customary photo shoot of all ten men.

As soon as the ICC tweeted the image of the ten World Cup captains, fans on Twitter began to comment on the nature of the setup.

Here are some of the responses to the poses of the ten World Cup captains:

Tag yourself in this pic. I’m Kane Williamson’s weird outsider pose trying to get close and be like the others but failing. pic.twitter.com/2F7pQilKLj

Kane is literally the only captain not trying to be Alpha here https://t.co/fyBZUNGupE

I’m Virat Kohli King of the Seven kingdoms,Kane Williamson is my hand.Welcome to kings landing #GOT Game of Trophy https://t.co/L4tvKl7ZAg

The only reason Kohli is sitting in such an attitude cos he knows it’s not an IPL trophy. https://t.co/762ksDX1BS

Kane Williamson – off on the side, ready to flee as soon as the photo is taken https://t.co/kCJW15tjfS

I’m with Eoin Morgan. Sitting on the arm of the couch trying to look the same height as everyone else… https://t.co/SHjRTmBPLD 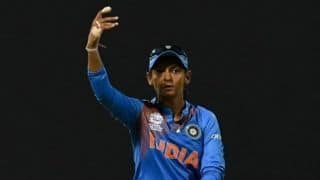 I almost made up my mind to take a break: Harmanpreet Kaur