Holder believes it is their ability to outfox batsmen in the middle overs that has sparked an upturn in form since the 2015 World Cup.

The West Indies have already shown what they are capable of, bowling Pakistan out for just 105 thanks to a barrage of bouncers on the way to a seven-wicket win in their opening game.

The two-time World Cup champions lost narrowly to Australia after being well-placed to beat the reigning title-holders, before rain wrecked their match against South Africa, with the sides taking a point each

But they will enter their match against England in Southampton with confidence as the only team at the ICC World Cup 2019 not to have lost their previous one-day international series to Eoin Morgan‘s men, drawing 2-2 in the Caribbean earlier this year.

With pace in abundance from the likes of Oshane Thomas, Andre Russell, Sheldon Cottrell, as well as captain Jason Holder himself, the West Indies have an attack to worry every team. (ALSO READ: Mark Wood could miss West Indies clash following ankle issues)

But Holder believes it is their ability to outfox batsmen in the middle overs that has sparked an upturn in form since the 2015 World Cup – a four-year period in which they did not win an ODI series. “We have always got wickets with the new ball,” he said in his pre-match press conference on Thursday.

Following the South Africa no result, the England game has taken on even greater importance for the West Indies.

But Holder is not worried yet and, with allrounder Russell likely to be fit following a knee injury, he expects his side to throw all they have at the hosts. “I think the brand of cricket we have been playing so far in this World Cup, you know what to expect of West Indies now,” he said. (ALSO READ: ‘I don’t think rain will be the reason England don’t make the semi-finals’)

“For us, we are not going to back down from the challenge. Most of our guys are always up for the challenge and it is just a matter for us to be smart.

“And I don’t think there is anything else to be said, just be smart and play the brand of cricket we want to play,” he added. 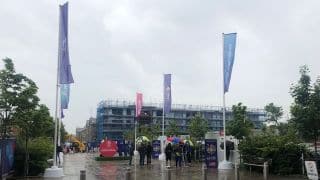 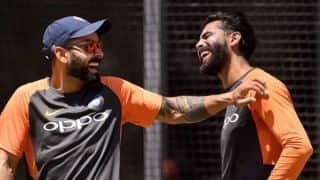