Sri Lanka were no match to New Zealand as the Kane Williamson-led registered a ten-wicket win.

Sri Lanka were no match to New Zealand as the Kane Williamson-led unit outplayed Dimuth Karunaratne and Co. to win their opening game of the ICC Cricket World Cup 2019 by ten wickets at the Sophia Gardens in Cardiff on Saturday.

The pacers, especially Matt Henry and Lockie Ferguson, starred with the ball as New Zealand bundled out Sri Lanka for 136, with two scalping three wickets each.

While Williamson termed the win a great start , the Sri Lankan skipper urged his batsmen to build partnerships.

(It s) A great start. Winning the toss and taking early wickets was crucial on that wicket. It was a terrific effort from the bowlers to keep that pressure for 30 overs. I don’t think there is a problem with these pitches. With the new ball in both innings, you can expect some movement, said Williamson. (ALSO READ: Cricket World Cup: Dominant New Zealand needed such a win, states Martin Guptill)

When you bowl a side out for a lowish total, it’s going to be quite a tough thing to defend, and the full ball won’t be as threatening against unconventional cricket. It was slowish movement, so it was a surface where, if you can see off the movement, it’s easier to bat, but we were fortunate to get early wickets because it stopped doing a lot at the back-end, added the New Zealand skipper.

Karunaratne admitted that the 136-run total was not enough on the Cardiff wicket. Of course, I think 136 was not enough in these conditions. Me and Kusal (Perera) batted well, but we lost wickets regularly after that. We need to build partnerships. In the morning it was seaming and swinging a little bit, and they had that advantage. They also had good bowlers to do that, said the Sri Lankan skipper.

Everyone is coming to watch some good entertaining cricket, so I’m looking forward to some good batting wickets. We batted well in practice games and practised hard, but we need to understand when to accelerate and stay patient before we go for our shots. It’s tough to bat in these conditions, but we need to give ourselves a chance – after you get set, it’s much easier to bat, and the part-timers come on so it’s much easier to get runs against them, added Karunaratne. (ALSO READ: Cricket World Cup 2019: Matt Henry highlights importance of process as New Zealand steamroll Sri Lanka on green surface)

On a green surface, the New Zealand bowlers did not really give Sri Lanka a chance as they continued to strike at the regular intervals, with one point threatening to bowl out Sri Lanka below hundred. While Thisara Perera and Karunaratne s 52-run stand pushed Sri Lanka past one hundred, Sri Lankan bowlers never really had enough runs to play with.

Williamson, who marshalled his troops well, highlighted the need to have a balanced attack on the English wickets.

In England we can expect different kinds of wickets. In the warm-up games we saw all kinds of attacks and wickets, so it is important to have a balanced attack for these wickets. We didn’t have too many conversations with the bowlers. But with the green tinge, you could expect the bowlers to be aggressive and they really were good up top, he said.

While the bowlers set up the win, the opening partnership between Martin Guptill and Colin Munro helped New Zealand complete a comfortable win. Williamson said he was happy to see how Munro played.

Munro played with freedom, and played a lot of shots, and that’s going to infuse a lot of confidence, so we are hoping to carry this forward, on a different surface against a different opposition, concluded Williamson. 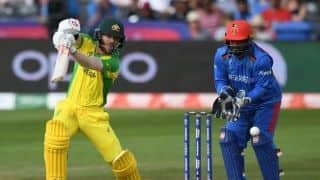 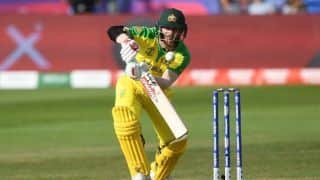