South Africa are all set to play five home Tests, 13 ODIs and nine T20Is in 2018-19 season against Zimbabwe, Pakistan and Sri Lanka.

South Africa are all set to play five home Tests, 13 ODIs and nine T20Is in 2018-19 season as the country’s cricket board announced their home fixture against Zimbabwe, Pakistan and Sri Lanka. The international fixture will begin on September 30 and will run till March 24, with a 10-week gap between mid-October and Boxing Day. Though the break will leave room for the possibility of a T20 Global League, the future of the tournament still remains uncertain.

Announcing the news, Cricket South Africa (CSA) Acting Chief Executive, Thabang Moroe said that it would be a very busy season for the side as they would be using these 13 ODIs against three different opponents as their preparation for the 2019 ICC World Cup.

“It is going to be a very busy period and a very big one for our Proteas who will be using the programme of 13 ODIs against three different opponents in addition to the away tours to fine tune their preparations for the 2019 ICC World Cup to be played in England and Wales commencing on May 30 next year,” he said.

“Following the outstanding Test match cricket played by the Proteas during the past season we can also look forward to plenty more world-class entertainment by our acknowledged stars during the five Test matches against Pakistan and Sri Lanka,” Moroe added.

Pakistan will then tour to South Africa with Centurion hosting the opening Test match on Boxing Day, which will be followed by second Test at Newlands (starting January 3) and the final Test at the Wanderers (from January 11).

Pakistan’s tour will be followed by Sri Lanka’s two Tests, five ODIs and three T20I against South Africa, which is slated to begin from February 13 at Kingsmead and will run till March 24 at the Bidvest Wanderers Stadium. 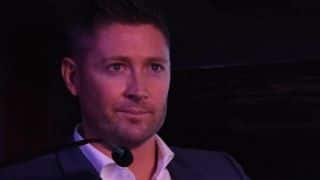