Cricket South Africa (CSA) has congratulated its national team for 100th Test match victory since the formation of a unified national cricket body. 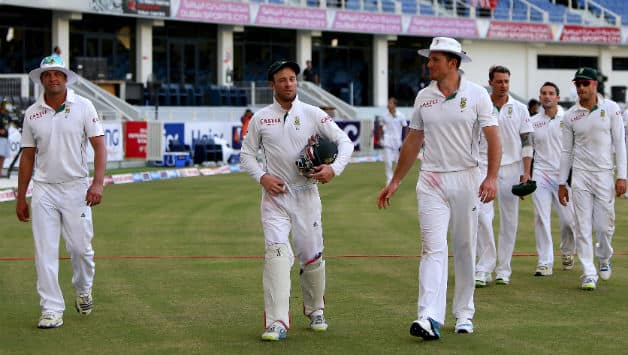 Cricket South Africa (CSA) has congratulated its national team for 100th Test match victory since the formation of a unified national cricket body.

The century mark was achieved when the South Africa beat Pakistan by an innings and 92 runs in the second Test match, which finished at Dubai.

“This is a day worth celebrating in South African cricket as it is a very relevant milestone,” commented CSA Chief Executive, Haroon Lorgat.

“If one considers that this is only our 207th?game since the United Cricket Board of South Africa came into existence in 1991, it represents an impressive winning margin of close to 50 per cent, and to maintain this over a 22-year period says a lot about the 81 players who have represented us in the pinnacle form of the game,” he added.

“The current side is proudly the best one we have had in the modern era and arguably the best of all time. It is fitting that they are the ones to achieve this landmark under the captaincy of a man like Graeme Smith,” he said.

“I extend my congratulations to all who have contributed to this phenomenal record on behalf of all our stakeholders.”

What must have been particularly pleasing for the Proteas was the fact that their two two spinners — Imran Tahir and JP Duminy — took six wickets (three each) in the second innings.

Imran finished with his best match figures of 8 for 130.