If CSK triumph here they inch closer to a semi-final spot in the Champions League T20 2014 (CLT20).

Stephen Fleming is a happy man — his side, Chennai Super Kings (CSK), looks in good shape before their encounter against the Lahore Lions on Friday. If CSK triumph here they inch closer to a semi-final spot in the Champions League T20 2014 (CLT20).

Fleming does have reason to believe in his side — CSK aided by a fearsome 90 off 43 runs by Suresh Raina and a typically aggressive 49 off 29 balls by Brendon McCullum  registered a facile 54-run victory against Dolphins on Tuesday. Fleming reckoned his side was confident before their next encounter against Lahore Lions but there  was no room overconfidence, reported the Official Champions League website.

He said “It was a good win in the last match and it was a good response after losing the first game to KKR. But there is no complacency because we understand that wining the next two matches will take us through to the semis.”

The former New Zealand skipper added, “We have watched the matches they have played so far and we are aware of their players,” Fleming said of the Lahore Lions. “We have to pick on the subtleties of how they play. But these days you are familiar with most of the sides you play against.”

Playing three of their games in one particular ground has been to their advantage Fleming reckoned. “We are usually bouncing all around the country, so this time being at one spot is an advantage,” he pointed out.

He added, “But we need to make the most of it. We have to see what worked for us in the last match and what didn’t, and look to get better. If we do that, win the next few games here and make it to the final, we will have an advantage as the final is to be held here too.” 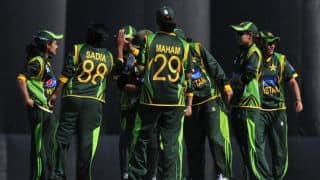 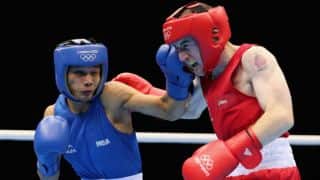