The fact that Chennai Super Kings two most ordinary performances this IPL season have come when MS Dhoni has not been in the playing XI is not a coincidence at all.

The fact that Chennai Super Kings two most ordinary performances this IPL season have come when MS Dhoni has not been in the playing XI is not a coincidence at all. The first time Dhoni missed the game due to back spasm was against Sunrisers Hyderabad and they allowed SRH to canter home to an easy six-wicket win and today, against Mumbai Indians in Match 44 of IPL 2019, the table-toppers were rolled over for a paltry 109, their lowest score at their fortress of MA Chidambaram Stadium, Chepauk.

And when Rohit Sharma says that when Thala is not around, it s a massive boost for the opposition, you have believe him.

It’s a massive boost to any opposition if he’s (Dhoni) not around, said Rohit after his team s 46-run win over CSK. His presence does a lot for their team. When you don’t have him when you’re chasing, it becomes slightly difficult. They must have felt his absence. He was sick, uncontrollable.

While MI put in a good effort, it was the skipper who lead from the front with a 48-ball 67-run knock up top, that set base for a total of 155/4 and for his first fifty of the season, he walked away with the Man-of-the-Match award.

I was hitting well, wasn’t converting into big scores. At no point, I was worried. I just kept backing myself. I knew the day will come, today was the day, he said. (MATCH HIGHLIGHTS: CSK vs MI)

Rohit credited the team who scraped for every run and every wicket on tricky Chepauk track and in energy sapping Chennai humidity.

We knew whether we bat or bowl first, we still had to play good cricket. We can’t control the toss. It was a great effort from the boys. Coming out here and playing here is never easy. We had to scrape every run and every wicket. We were right there in the game.

It was a great effort from us. We played some excellent cricket. We are not yet there (playoffs). We have to be at it. Next three – two against KKR and one against SRH. As a team when we go forward, we are clear what to do. We want more good days than bad days. We have learnt from our losses, he added. 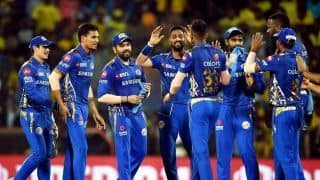 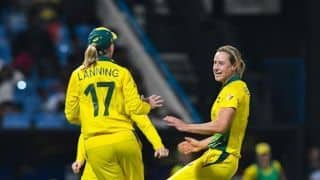